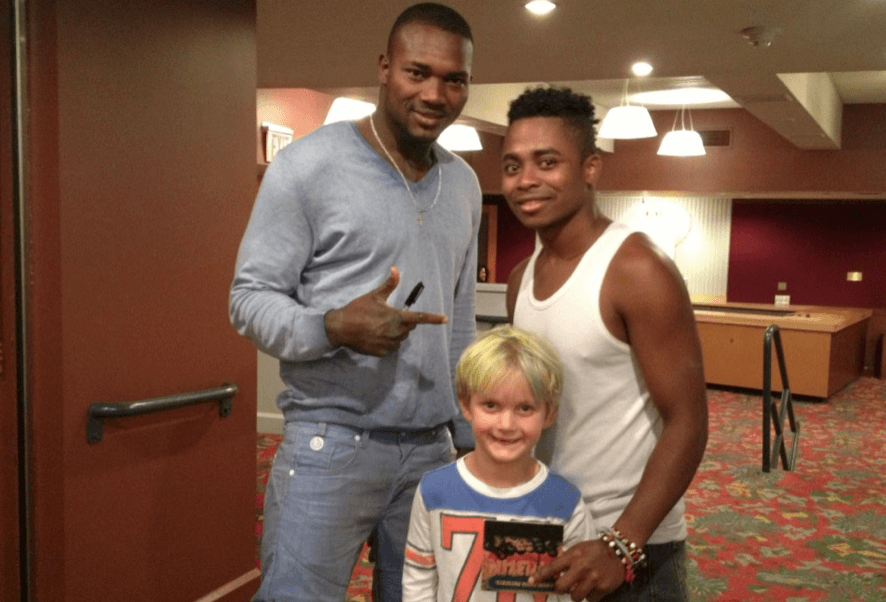 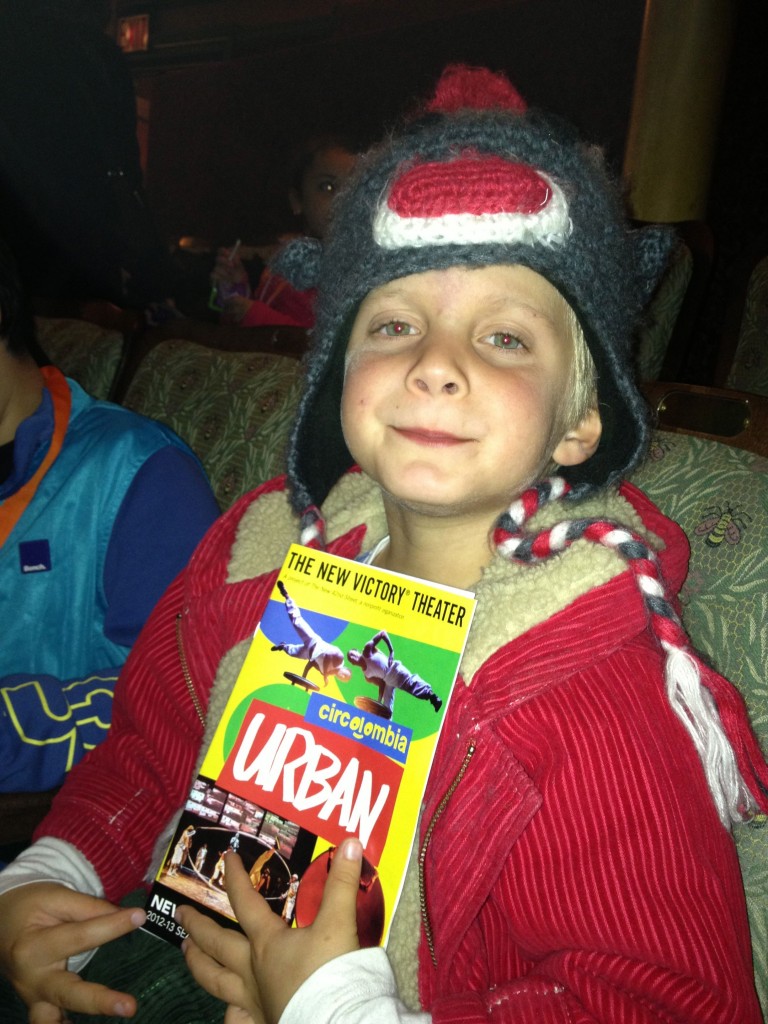 He dressed himself, just saying

The New Victory Theater is the hippest Broadway Theater for kids, ever. It’s on 42nd Street and boasts a line up of shows aimed at kids, but enjoyed by the whole family. MamaDrama recently invited me and Keaton to a special event and showing of Urban. I’ve know about the New Vic for years but haven’t made the time to come in for a show, what a mistake. Their shows are not sugar sweet puppet plays or worse, Dora characters dancing and singing onstage. They aren’t dumbed down or pandering, they are original works of theater easily enjoyed by children.

Urban is an edgy circus show featuring kids from the troupe Circooclombia. We watched the YouTube video before the show, they had recommended it for ages 8+ as it’s a little dark, full of thumping hip hop and might not be right for younger children. Keaton is only seven and was enthralled from beginning to end. Watch the video, trust me, it’s so much cooler than you think it will be. It’s like Cirque du Soleil without the spooky French music and expensive costumes.

One of the performers tells his personal story of growing up on the streets in Colombia and how the circus saved him. Seeing such an extraordinary and raw show in the intimate venue of the New Victory was a night neither Keaton nor I will soon forget. 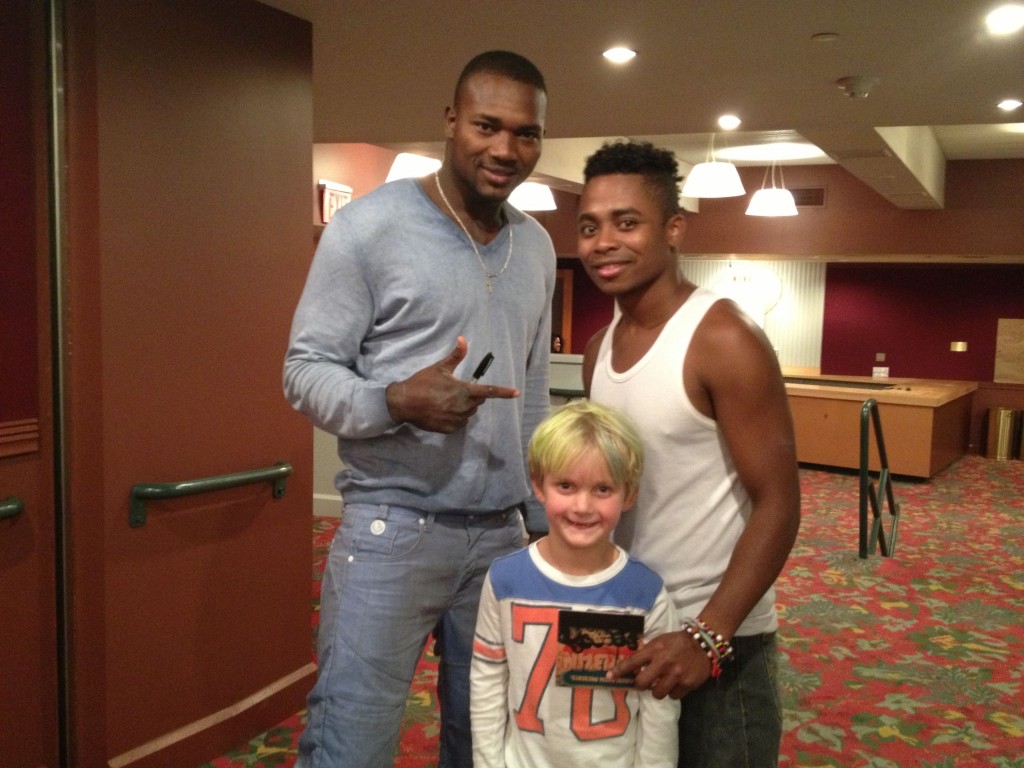 Yes, we have been listening to the CD and practicing our flips ever since