Movie Review: Show Dogs – Is It Appropriate for Children? 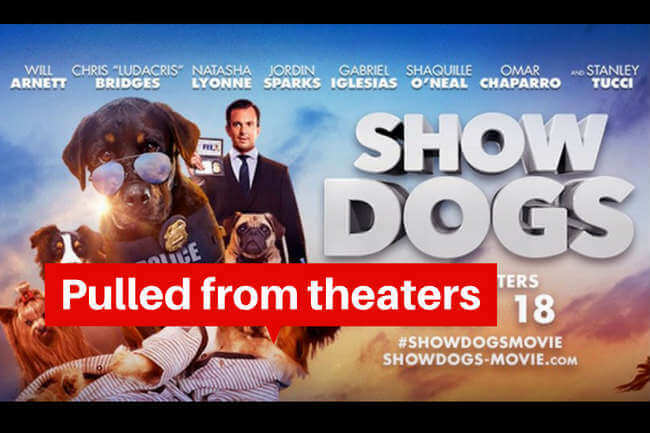 The recently released children’s movie Show Dogs is receiving a lot of online criticism and you are rightly wondering if you should take your kids. The production company pulled the movie from theaters last week, re-edited it, and issued this apology: “Responding to concerns raised by moviegovers and some specific organizations, Global Road Entertainment has decided to remove two scenes from the film Show Dogs that some have deemed not appropriate for children,” the studio said. “The company takes these matters very seriously and remains committed to providing quality entertainment for the intended audiences based on the film’s rating.”

We just saw the newly edited movie, the small edits made zero difference. The real problem with Show Dogs? There were clearly no women in the writing room. The movie was written by two dudes who have never written a decent movie. How did they sell this horrible script? How did the movie get serious talent like Will Arnett and Stanley Tucci but they couldn’t get a single decent writer in the room? The theater was sold out yesterday, because THERE ARE SO FEW GOOD MOVIES FOR KIDS and moms are desperate. Is Disney the only production company who realizes that kids don’t need dick jokes and fart jokes to make a movie funny? Do the writers think the only people coming to see their movies are other frat bros? 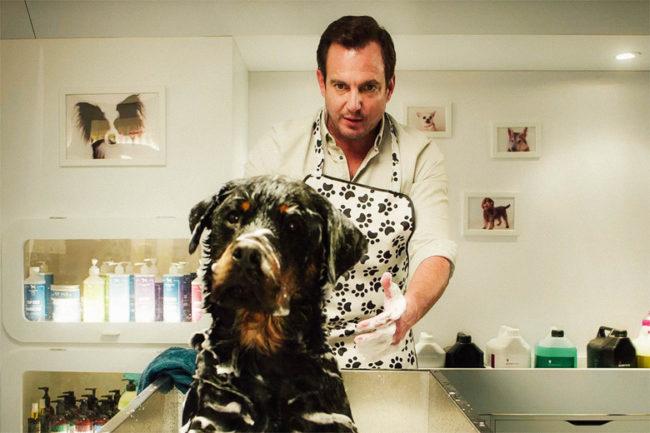 The controversy surrounds the plot line in which Max (a police dog voiced by Ludacris) goes undercover as a show dog. He needs to get comfortable with having his genitals touched by a judge to win the competition. His mentor, a Pomeranian voiced by Stanley Tucci tells him to “go to his zen place” in the scene removed by the production company. Parents and child advocates went nuts pointing out that this normalizes unwanted sexual touching, and since it’s a kid’s movie, they are right.

The newly edited version is not an improvement at all. They still wax the dog’s balls so the “judges can get a better look”. When they reach for Max’s underside he growls at them several times before relenting, which is the worst message of all. The only apparent edit is that he is no longer told to “go to his zen place”.

Should you take your kids? If you are desperate to get out of your house and eat Milk Duds, sure, I did. You’re a great parent who reads reviews like this before you go. What you have taught them about unwanted touching will never be overridden by a stupid plot line with a dog.  The whole concept goes right over the kid’s heads, they could care less and are far more entranced by the CGI baby panda who makes adorable cooing noises. The only other PG movies out are about Ruth Bader Ginsburg and The Pope, both are surely better movies, but a hard sell for little kids.

Kids don’t get sexually molested because they watched a movie where a dog gets his genitals inspected against his wishes. Kids get molested BECAUSE THERE ARE CREEPS WHO MOLEST KIDS. Movies like this end up in theaters because movie production companies forget that kids are smart, likely smarter than their writers, and can follow a complex story line and enjoy it. The only female name I saw in the credits was ONE editor, ONE. Women would have told you, a single joke about balls can be mildly funny, but kids don’t think balls are funny. Actually, only 13 year old boys do. A woman would have come up with a better line for the female dog love interest when she is reunited with Max (who is now charming – such a crap old trope) and she says “Who are you and what have you done with Max?” Actually, any kid sitting in the theater yesterday could have written something less cliche’.

The entire theater clapped at the end of the movie, such a sad state of affairs that decent programming for kids is so rare that they will clap for such a disaster of a movie. Meanwhile, Tina Fey has turned the movie Mean Girls into a Tony Award juggernaut on Broadway. Come on Hollywood, wake up and hire more women.

Our Show Dogs Movie Review brought to you by KM, Keaton and Annabelle. We should have seen Solo, but they are sucker for a talking dog.