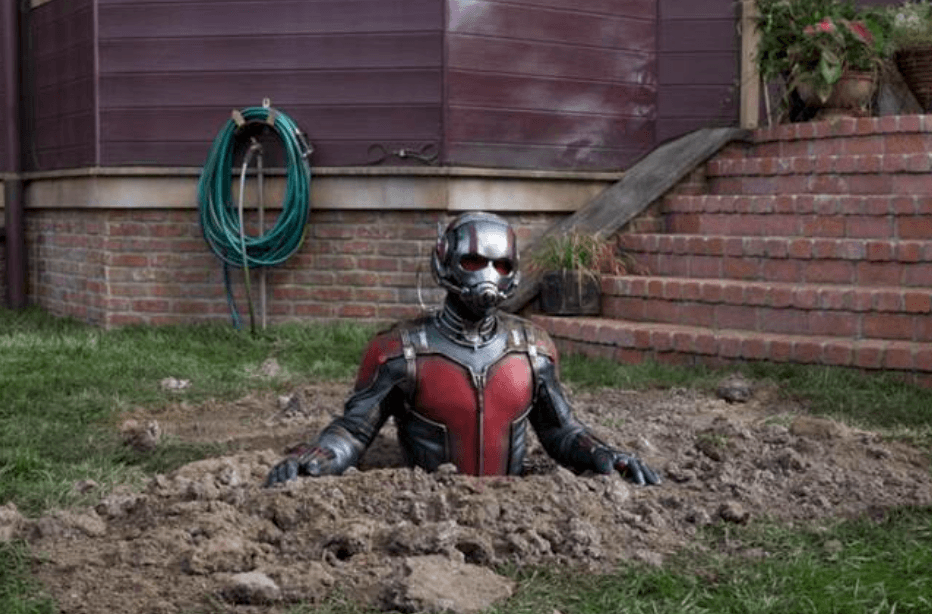 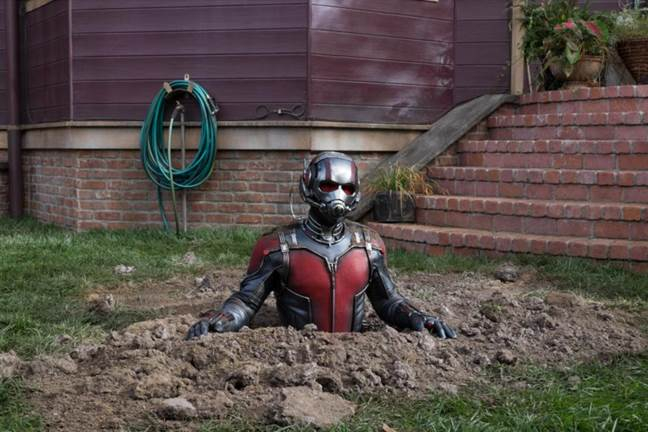 Summer time and super hero movies go hand in hand. This summer you are going to want to reach out and grab Ant-Man’s hand or whatever you can find to hang onto when Marvel’s tiniest super hero crawls onto the big screen today. Funny man, Paul Rudd, who was part of the screen writing team, proves he can still bring the laughs and kick some serious super hero butt at the same time. I wasn’t so sure how the This Is 40 star was going to pull off this role, but he did and proves he’s got what it takes to wear the Ant-Man suit. 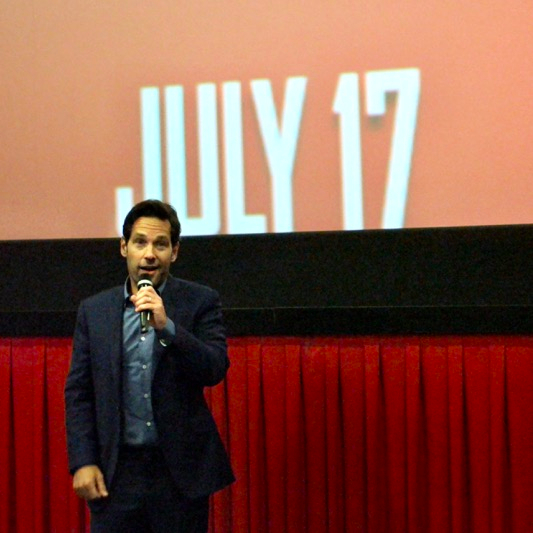 Rudd introduced the film at The Regal Theater in New York City on Thursday night. As I’d hoped, he was funny, charming, handsome and fit as ever. The shrinking Super Hero says he basically didn’t eat for a year in order to fit into the Ant-Man costume.

He answered a few questions about the film. But not before he shook hands with a couple who’d just arrived late and walked right in front of where he was standing to take their seats. Rudd assured them they didn’t miss a thing and any number of Moms in the audience could share their video clips they’d captured on their iPhones.

Corbin loved the film and so did I. If you’ve ever owned a Thomas the Train set, you’ll get a kick out of one of the films best scenes between Ant Man and Yellow Jacket played by House of Cards star Corey Stoll. The two battle it out in “real insect” size on a moving train set. Corbin laughed his head off watching some of his old time favorite cars whiz thru the air as the super hero insects battled to save/destroy the human race as we know it.

Word of caution here – not long into the movie someone gets called a pussy! As you might sus-pect, a theater full of kids quickly picked up on it. Corbin said, “Did he just call him a pussy?”. Actually, just about every kid in the audience said the exact same thing at the same time! I re-member the first spoken work in Avengers: Age of Ultron was “shit” which garnered the same response from Corbin. Both films are rated PG-13 so keep this in mind.

Ant-Man will not be nominated for an Oscar – shocker I realize – even with heavy weight Michael Douglas in the cast. The movie was entertaining, funny and even pokes fun at the other super hero team, the Avengers, which I found to be hilarious. Corbin was worried he’d feel like ants were crawling all over him while sitting in the dark watching the film. Instead, he laughed more than he scratched at bug bites that didn’t exist. Make sure to stay for the credits and watch the extra scenes in the credits.

Review by momtourage member D.J. Duckworth, and more importantly, her son Corbin. Tickets were free, his opinion is pricey.