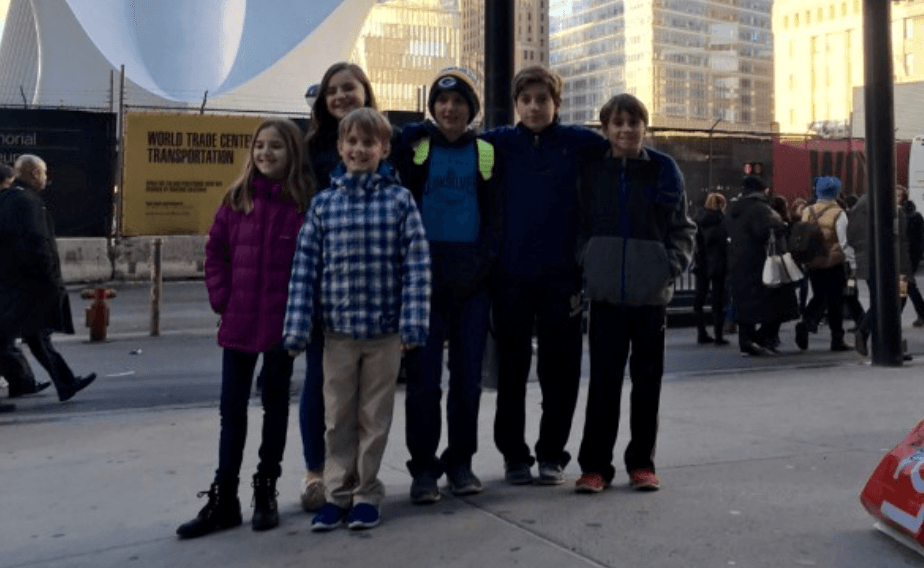 No spoilers here, Eddie’s story is a true tale of perseverance and chutzpah, he told his own story in a book that was made into what I believe will be the feel good movie of the year. The trailer alone convinced me I would love it, I just didn’t realize how much. I saw a preview last night and  had a chance to meet and interview the real Eddie the Eagle. 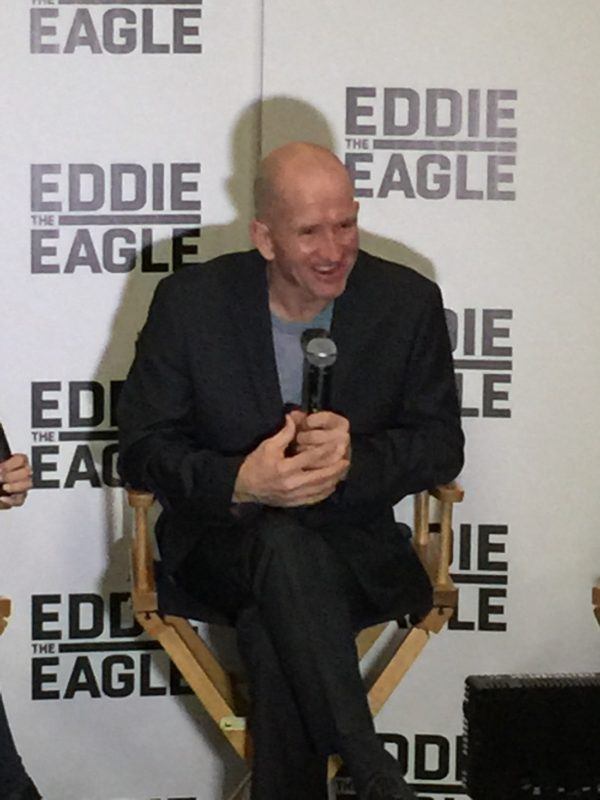 This isn’t the tale of a scrappy kid who goes on to win gold medals and enjoy fame, fortune and the cliche’ of Wheaties box covers. Eddie comes in dead last. He’s not in any hall of fame, Nike didn’t sign him then, nor would they now. His story is one of a kid who has outsized dreams and the good natured innocence to just keep pursuing them. He says that when people tell him no, it just makes him want to do it more. In person he’s so incredibly likable it’s hard to imagine anyone saying no to him.

This is the story our children need to hear. In a jacked up world where childhood has become a full time job and youth sports make gladiators look like they were only sort of competitive, our kids aren’t being told that it’s about doing your best that matters, not the result. I’m not talking about the stupid trophies they get for showing up, that really irks me. But celebrating hard work and doing YOUR best, your VERY best, regardless of the result. Is it the score, the medal, your name on the wall that matters or the person you become when you do your best? 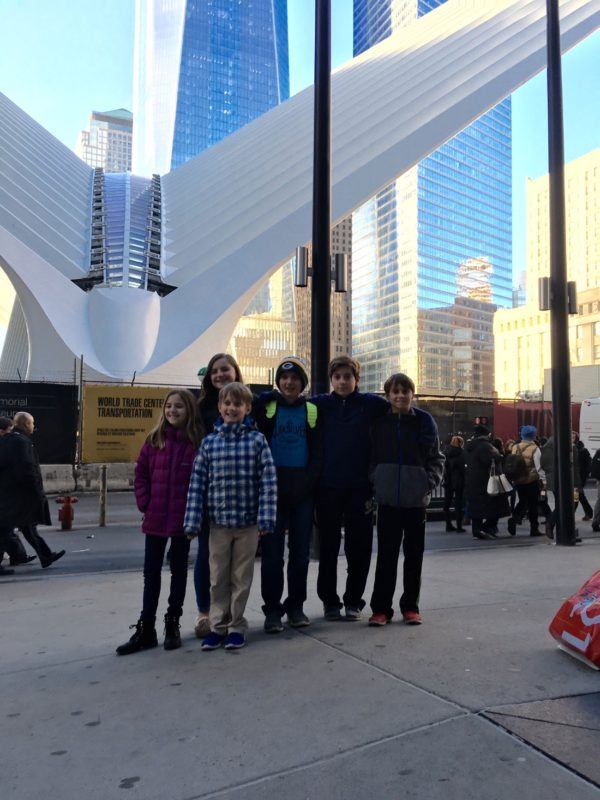 A group of friends and I pulled our kids from school and hauled them all the way down to Battery Park-you haven’t seen chaos until you’ve seen a gaggle of blonde women from Greenwich navigating their way through lower Manhattan-because we thought this was a great chance for them to meet an unlikely hero.

We were so right, when Eddie entered the theater after the kids had seen the movie it might as well have been Peyton Manning they were so keyed up. And a special thank you to Denise and Melissa from The Moms for making sure the kids got Q&A time, not just the media. Keaton was very worried about what had been wrong with Eddie’s legs when he was younger, Eddie gently explained he had a severe knee infection and had to have his legs in casts for over two years. Keaton was in awe and I am certain everyone in his 4th grade class is hearing all about his new hero today.

The movie was so full of inspiring quotes I literally scribbled mad notes throughout-here are a few of my favorites. I’m thinking I should print them out and slip them in my kids’ lunch boxes every day.

“If I had done my best, I could come last and be happier than if I won Gold but didn’t do my best”

“I’ve had some successes, but mostly failures”

You want to see this movie, bring your kids, better yet, send your kids by themselves. During the Q&A after the movie someone asked Eddie if he thought that his story could happen today in modern day Britain. He said probably not as parent are so protective of their kids. His parents allowed him to try and fail at many things, breaking bones along the way. He told us “My parents let me make mistakes, I wasn’t wrapped up in cotton wool, they just let me get on with it.”

In our success oriented culture we no longer allow to children to just “try stuff.” Everyone is groomed for success at an early age, kids don’t play pick up soccer, they compete on travel teams with heavy game and practice schedules. I wonder if I could have done what Eddie’s mom did, given one of  my children my meager savings and allow them to head off to ski jump training with absolutely no training.

I won’t tell you anymore because I think you need to see this movie, Hugh Jackman in tight jeans is really the extra pepperoni on the pizza. My favorite part of the interview was when Eddie told us that the movie was “just like the Calgary Olympics all over.” There is something wonderful about witnessing people who are really joyful in their lives.

We were invited to preview the movie as the guests of The Moms. All of my reviews are honest, I’m still getting hate mail for saying that I thought “War Horse” was an awful movie.