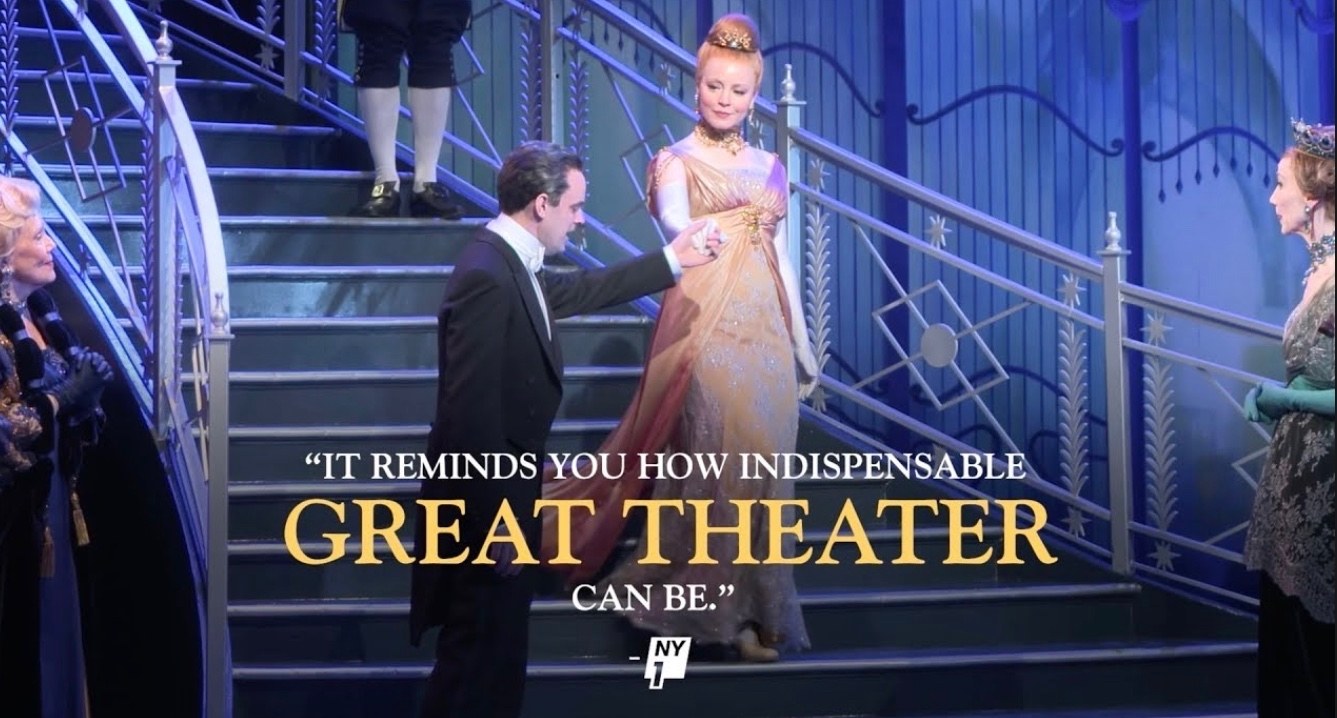 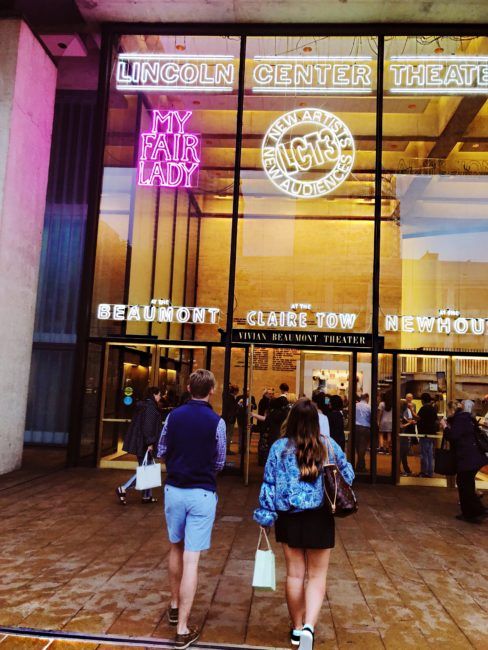 The revival of My Fair Lady at Lincoln Center is everything classic theater should be, and more. Somehow they have made Eliza more of a feminist, the men come off so much more misogynistic (as they should) and the sets and costumes are like cotton candy for the eyes. I decided to take my two oldest kids for a grown up night on the town, we bought tickets for the show and had dinner at the all glass Lincoln Ristorante just across the plaza from the Vivian Beaumont theater. The tickets were only around $125 each, the theater is small and I didn’t realize that we would be in the very last row of orchestra. It didn’t matter, we had a great view and the acoustics are perfection. If you’ve seen the movie with Audrey Hepburn you will be surprised by the ending, I was. If you haven’t you will love the show anyway. Somehow my sweet daughter had never seen the movie in her 20 years of living and didn’t know any of the songs, and I felt like a bit of a failure. Though Lauren Ambrose is spellbinding as Eliza Doolittle, the real star of the show turns out to be Norbert Leo Butz as her father. He manages to infuse humor and character into the smallest of gestures, and his big gestures, they bring the house down. He’s won the Tony for Lead Male Actor not once, but twice, the only actor to have done so. He makes the saying “There are no small parts, only small actors” factually true.

Prior to the show the kids and I had a very swank pre-theater meal at Lincoln Ristorante. If you’ve been to Lincoln Center, you might have missed it. It’s literally tucked under a grassy hill just across from Julliard School. Seated at the bar you have a view down 65th for the ultimate in people watching. But that’s not the best reason to go, the Prosecco Bar is. When they opened in 2010 there was a huge buzz about their Negroni Bar — boring. No one even mentions that they have this AMAZING Prosecco Bar. It’s on the cocktail menu, you choose from three different types of prosecco and then you choose a fruit puree and liqueur topper. Did you know they make a liqueur from the agave plant? It tastes like tequila candy. 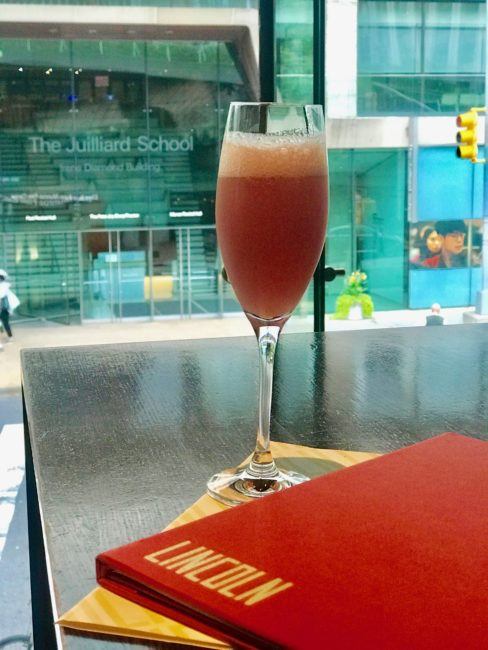 The menu is pre-fixed for theater goers and they are quite good at serving all of your courses and an amuse buche and getting you out the door on time. This is the type of service where all dishes are served simultaneously to the table with the dramatic lifting of the silver lids. All of the food was good, some of the food was great. The kids and I devoured the meatballs from the first course and honestly could have lived with just those for dinner. There are both three and four course menus, we might have overeaten, but didn’t regret it for a moment. The hardest part of being gluten and dairy free for me is having to skip dessert, luckily they offered a tasty trio of sorbets. We even had time for a leisurely cup of coffee prior to strolling the 90 second walk over to the theater. If you are young, hip and broke. Hit the Prosecco Bar and eat popcorn at the theater. If you are looking to have a serious grown up meal, stay for the four courses. The restaurant has the vibe of a place your rich uncle from the UES would take you. And the kids loved it. 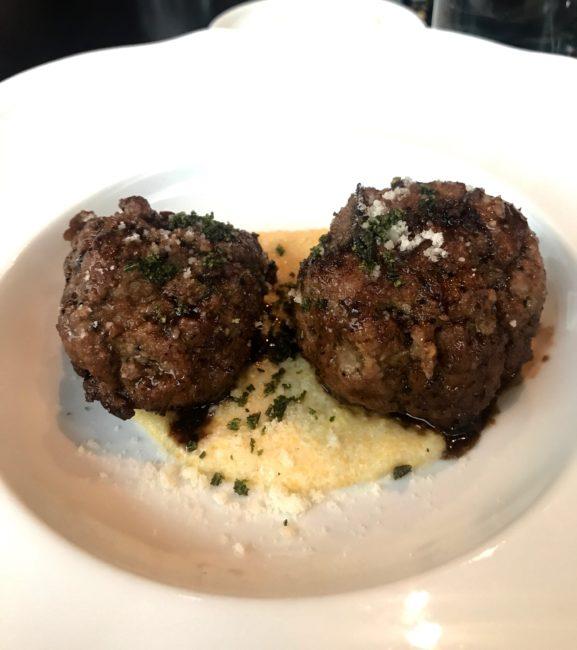 I purchased the tickets for My Fair Lady, we were hosted at the restaurant for the purposes of a review. My kids now think that they are food critics. I have created a nightmare.