But Wonder Woman Isn’t Supposed to Get Breast Cancer 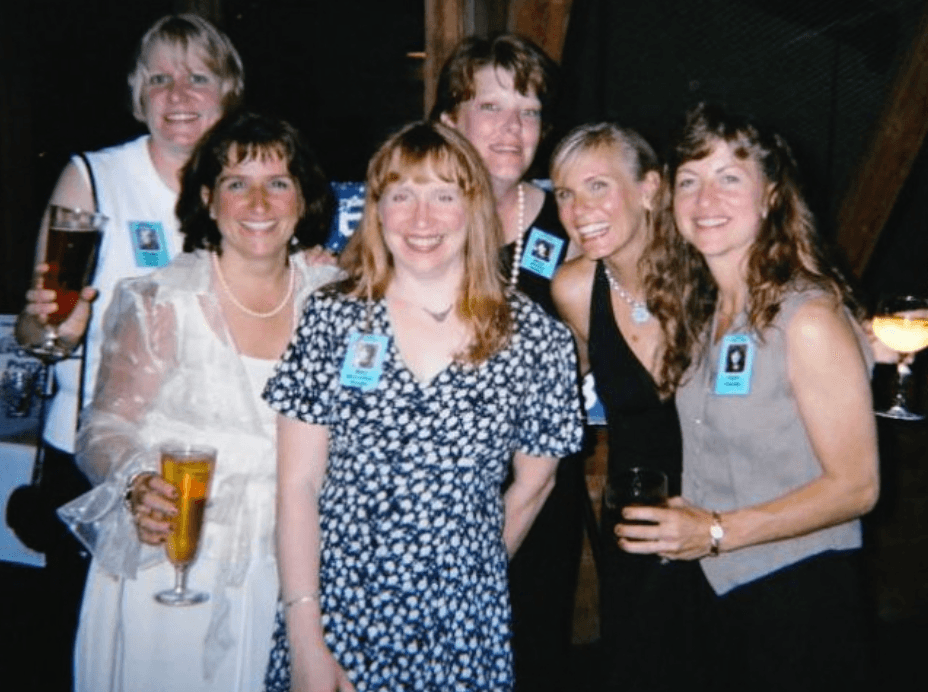 Her doctor told her not to worry. Lots of breastfeeding moms have changes in their breasts.

A year later she was undergoing aggressive treatment for stage 3 breast cancer. 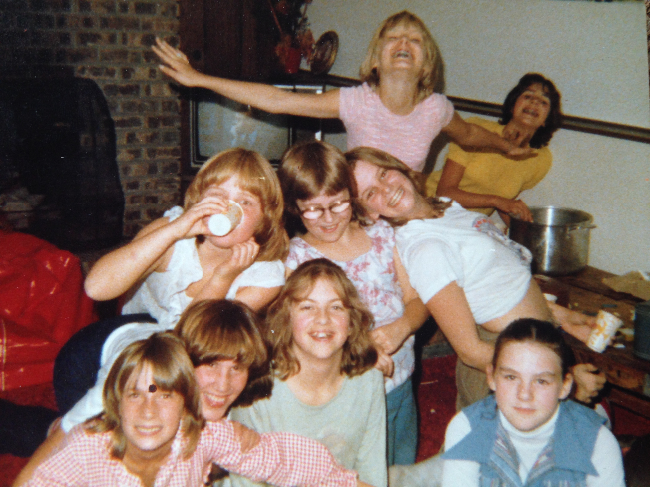 Carla front and center with pony tails still growing back

This is one story, of many, that start the longer story of the battle against breast cancer. It  happened to my dear friend’s co-worker. You’d think it would have been a warning, a red flag sent up from the universe, but she missed it.

Only you know you your body. As women we are born with amazing intuition. We can tell when something is off, not right. Yet we are easily swayed when told “it’s nothing to worry about”.

Carla has been one of my dearest friends since we were little girls. She was my first friend in a new town. She was my funnest friend. We liked to play Wonder Woman and wear tin foil on our wrists. She liked to flip me over her head. It was really her favorite thing to do. I liked Carla so I was happy to be the bad guy that got flipped. Since this was clearly an act that moved faster than the speed of film, there are no photos.

One day she said she was tired of having such thick ponytails, they gave her a headache. She looked like a commercial for Breck Girls they were so full and shiny. She wanted me to cut her hair. Somehow if I did it then she might not get in to trouble? 9 year old logic never makes much sense. I hacked large chunks out of her equestrian sized pony tails and we hid the hair in a shoe box under her bed. That was the last time she cut her hair short until her husband helped her shave it off as it was all dying, while still attached to her head.

She’s a working mom. She drives an hour each way to work. She’s been at the same job for over 20 years, she’s good at what she does, she takes it seriously. It’s hard to take time off to make sure you get your dental cleaning twice a year, a pap smear once a year, her son’s annual physical, his dental appointments, all the times someone is sick…to take another day off for a mammogram can seem like a luxury. Besides, doesn’t it seem like you just did it?

When she found the lump her doctor told her it was probably nothing to worry about. So she didn’t. They were both wrong. Now she’s in the fight of her life. I have an outsize amount of conviction that she’s going to be fine. I hope she wears tin foil cuffs to the hospital for treatments, that would get some respect. I hope her beautiful hair grows back, it’s always been her crowning glory. I hope she finds someone to flip. Most of all, I hope she puts herself first from now on. 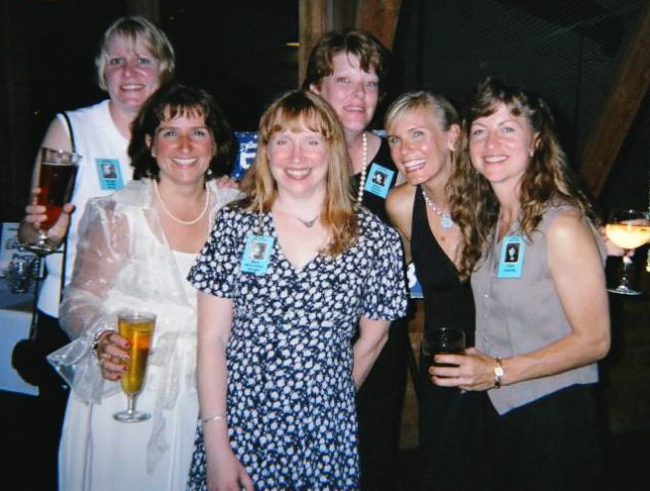 She looks just the same doesn’t she?

As moms we are more likely to make sure our children get their dental plaque removed than we are to ensure we get the annual screenings we need. Mammograms save lives. But only if you get them. Let this be the red flag from the universe to you. Take care of yourself, you are the most important thing in the world. Be as good to yourself as you are to your children.

This post is part of a National Breast Cancer Awareness Month campaign from Tieks. They sent me an adorable little pair of ballet pink flats and asked me if I would write about breast cancer. In return, I’m sending a pair to Carla, but I doubt she wants pink, I wonder what pair Wonder Woman would choose? 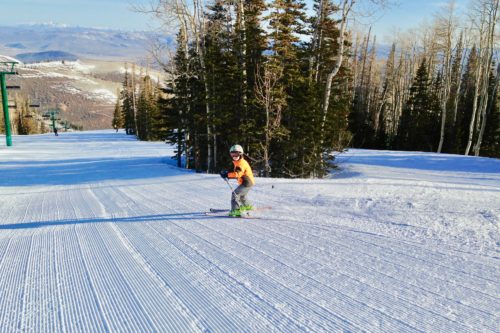 Ski, Style, Things you need, What to Wear