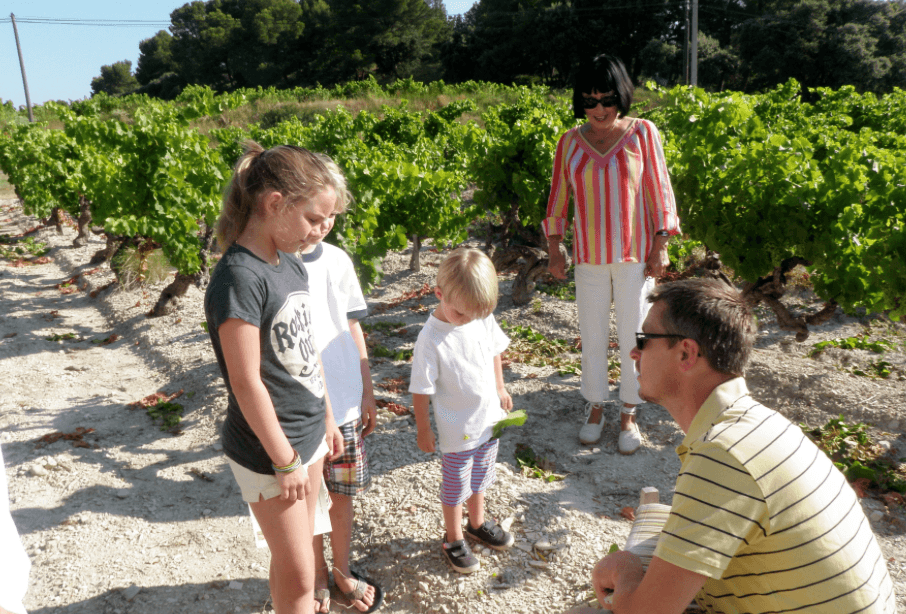 Don’t judge me for serving my children wine, according to the French there is no drinking age, one of the many reasons I love the French. We recently spent a grand time in the south of France in the charming village of Beaumes de Venise. We couldn’t possibly show our faces back home and admit that we were in wine country and never stepped foot in a winery. Because for God’s sake, people dream of going to the Cotes du Rhone, and we were there and only ate croissants and rode carousels? This imaginary ridicule, and a genuine desire to wander through one of those achingly picturesque vineyards drove my desire find a tour for our family. We didn’t bring a babysitter with us, or have access to one, yes it was a very long 10 days, so we decided to see if there was a winery that would accommodate children. Enter Olivier from Wine Uncovered.

Olivier runs private excursions, usually for adults who are either wine snobs or just want to drink a lot. We didn’t really fit any of his regular clientele categories. However he has children of his own and decided to craft a tour specifically for our family (brave man). My 11 year old daughter couldn’t believe her good luck; she would be able to go home and brag to her friends that she DRANK WINE. The boys were just looking for a good excuse to run through the field and play some sort of Star Wars based game that I don’t believe had any relevance, except to them.

Olivier took us to Domaine La Garrigue in Gigondas and started our journey with a dreamy walk through the vineyards as he explained the difference between the young and old vines (I tried not too read too much into the similarities between my aging neck and said vines). He explained the “green harvest” and tried to impress the boys by showing them how nasty and sour the early grapes were, my 6 year old has never met a food he didn’t like and promptly devoured each and every tart little morsel. He’s going to be the guy in the frat who will eat anything, living or dead, for a buck.

We spent the next hour or so engaged in a fabulous hands-on experiment where the children learned all about the crushing of the grapes, the fermentation, etc. My 9 year old still thinks that “whoever left some grape juice in a jar for too long before they drank it and then fell over” must have been some brave dude.

After a great trip through the winery itself we finally got the part everyone had been waiting for, the drinking. You’ll really need to watch the video to get the feel for how fun it was to see the children’s first taste of wine. No one cared for it much until we tasted the wines from the 100 year old vines, at which point my 11 year old daughter announced “mmm, now that’s good”, if she’s going to drink in college, least she’ll have good taste. 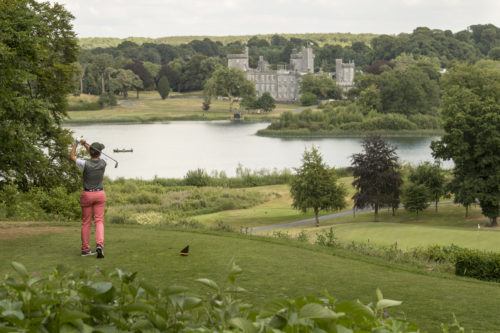 Ireland with Adventures by Disney