Shooting Sporting Clays in Montana at The Resort at Paws Up 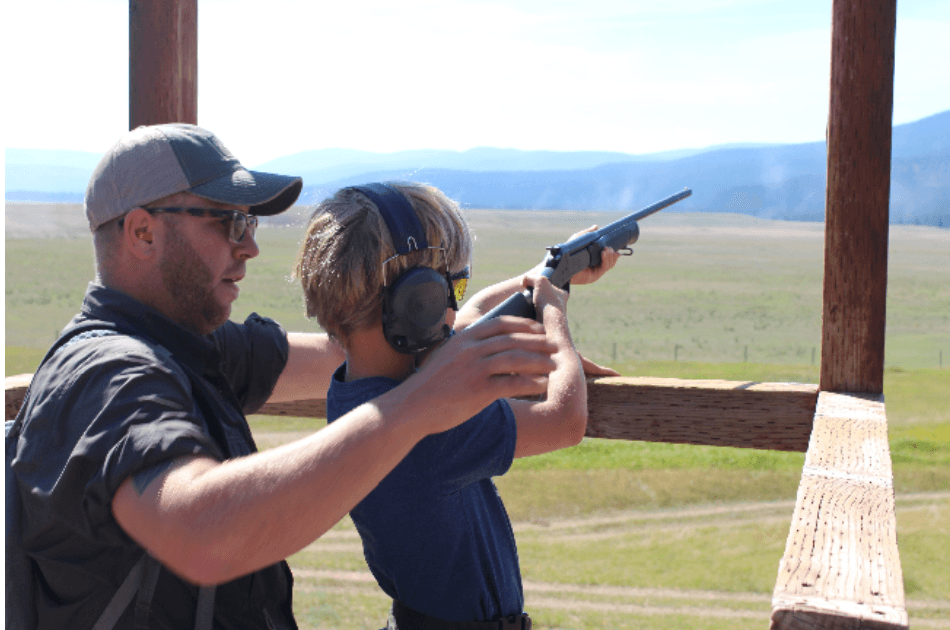 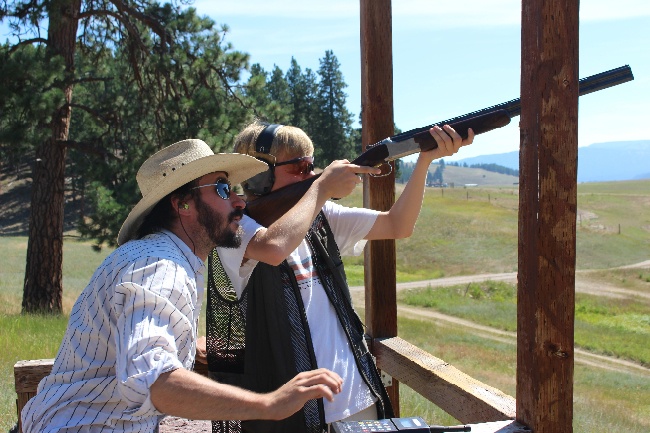 If you love sport shooting, you’re going to love the range at Paws Up. If you are slightly horrified that I let my children shoot, read on, I’m about to change your mind.

My husband grew up with guns. He is such a redneck that he would go duck hunting before school and then arrive at his first class still in hunting gear. His dad taught him gun safety first and foremost, my husband wants to pass that on to his sons. I just wanted to shoot stuff because it seemed fairly bad ass. And it was. 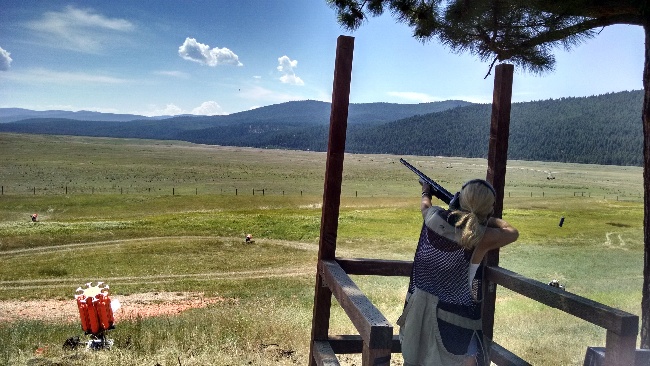 What you need to know:

All of the instructors are professionals whose first concern is safety. There has been a lot of press lately about a young girl shooting an Uzi, it didn’t end well for the instructor. There are no seni-automatic weapons here. There are no instructors who would EVER think a small child should touch a gun like that. Our instructor, Jimmy, was a former Marine, an incredible teacher and an all around great guy. 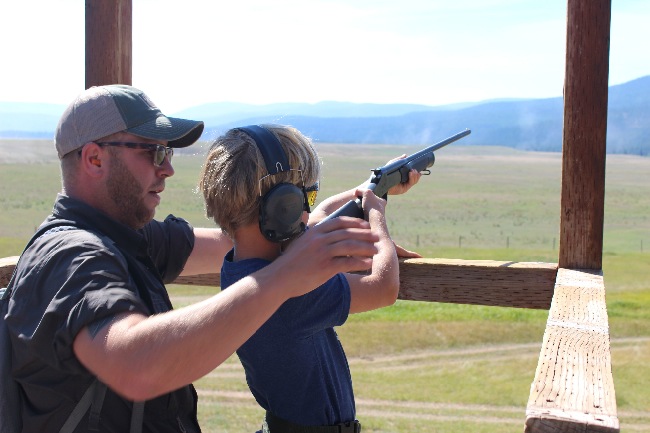 The first order of business is safety. You know how your kids don’t listen to you? (Maybe it’s just me) They listen to a dead serious Marine telling them to NEVER point their gun at anyone, to carry it open when walking and to know that safety is always the first priority. When Keaton tired of shooting (after about 2 minutes) they put him in charge of the remote that shoots the clays in to the air. He was a menace. 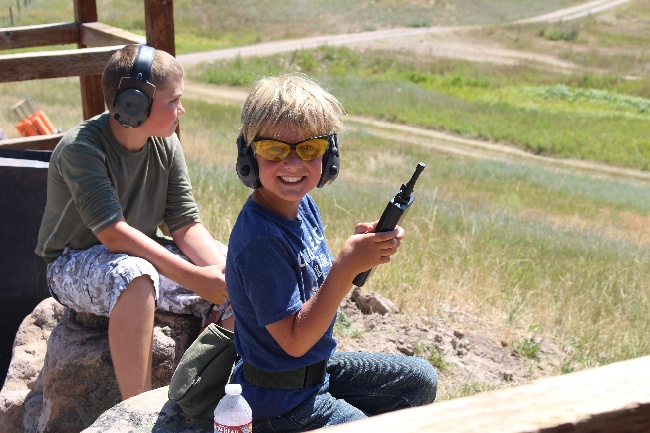 You can wear anything you are comfortable in, I recommend boots as again the terrain is uneven, especially if you go out on the range. They will give you ear protection, eye protection, and a vest. It’s not fashionable but it holds all your shells and is a little padded to help with the kickback. I learned to shoot at another resort last year. The instructors were not as talented and I had a sore shoulder for days. Not so here, I learned proper technique and was injury free.

They have the expertise to work with anyone from a first timer to a skilled marksman. My boys have never been as impressed with their dad as they were on this day. 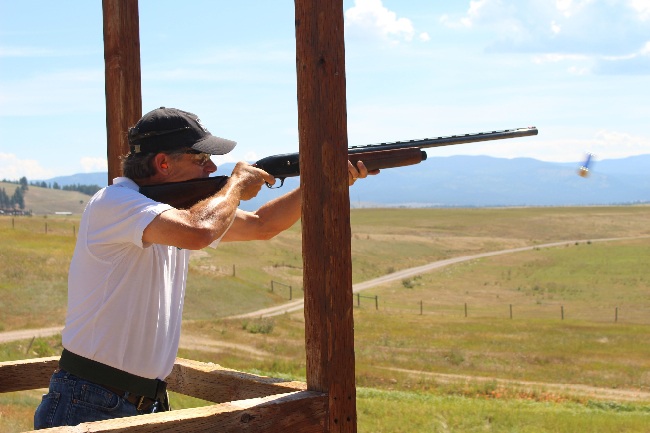 They just put in a new range that looks like an old fashioned town. I never graduated to that, I’m still just proud I can hit the skeet. 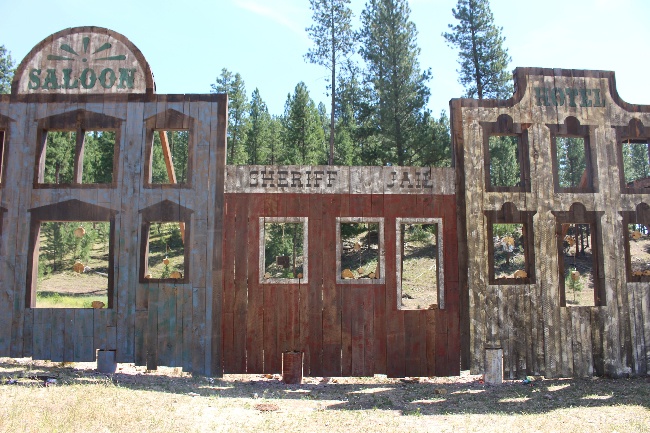 Here’s a quick video of what it looks like. For all of my readers who are opposed to guns, know that the hunters and sportsmen of the world are some of the most avid safety nuts I’ve ever met. I’d rather have my children learn how to handle a gun and how dangerous they are from a professional than from a friend who finds it in their dad’s basement.

The rates for shooting are $75 per person per event. Events include skeet shooting, sporting clays and the rifle range. You must be 80 pounds to shoot. They made an exception for Keaton and found him a tiny gun. The other boys shot 12 gauges. My day of shooting was complimentary, we paid for the rest of the family. We tipped our instructors handsomely.