Where to Watch the America’s Cup in New York 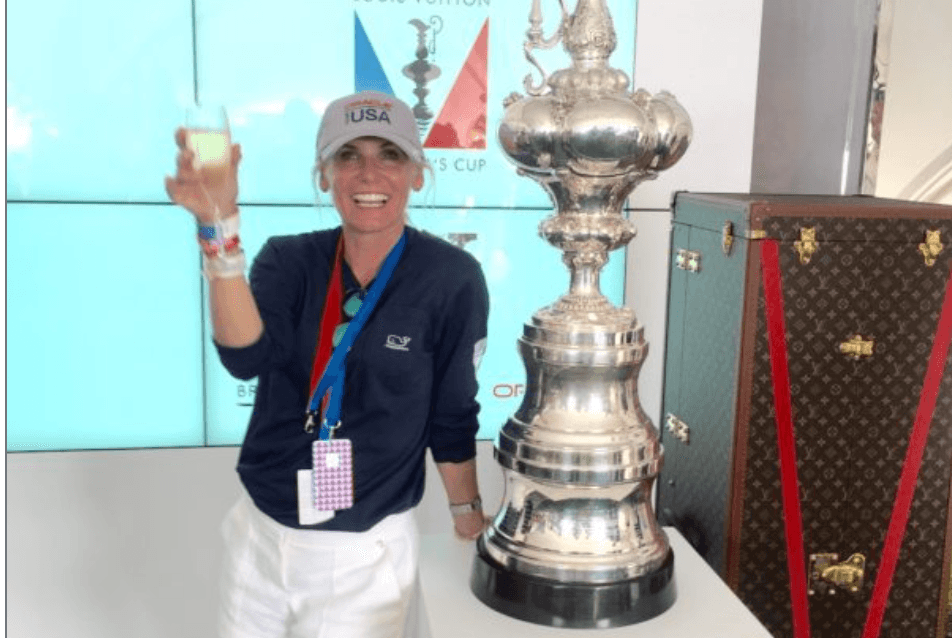 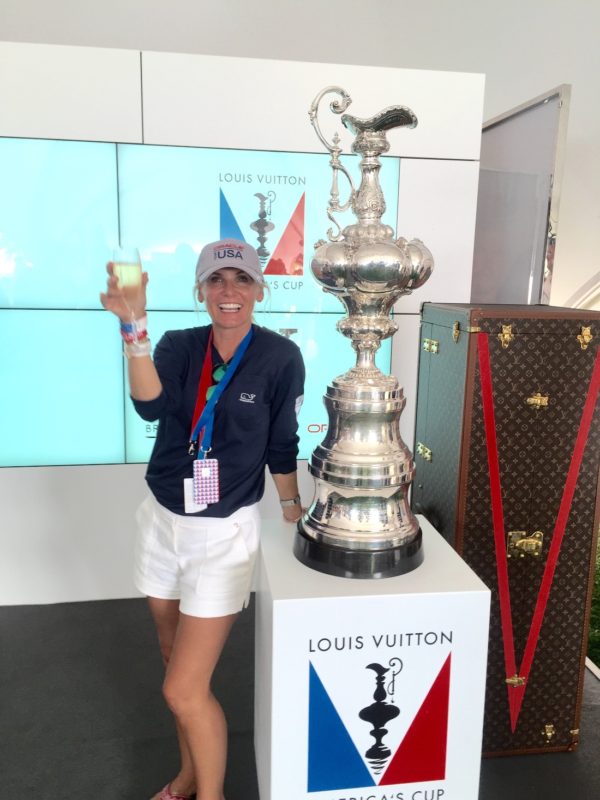 The Louis Vuitton America’s Cup is coming to New York this weekend, and trust me, even if you don’t think you care about sail racing, you want to be at this event. Why? Fast boats, cold champagne, and hot sailors. The America’s Cup is returning to New York for the first time in 96 years. The races have always been a playground for millionaires and billionaires, but you don’t need to be a yachtie to be a fan. These boats literally fly at upwards of 50 MPH, you thought NASCAR was fun? The LVAC is sponsored by Moet and Chandon, how many sports are sponsored by champagne?

I became a serious racing fan after visiting Bermuda for the races last fall. That race, and the upcoming one this weekend in New York, are all previews to the real event, the Louis Vuitton America’s Cup in Bermuda next June 2017. Meeting the Oracle team (and feeling up Captain Jimmy Spithill-hotty on my left) might have been part of the conversion to fandom.

“We are excited to be coming to New York, to race on one of the most famous waterways in the world,” said ORACLE  skipper Jimmy Spithill, a two-time America’s Cup winner and defending champion of the Cup. “We promise fans an exciting, hard-fought competition.” Aye aye sir. 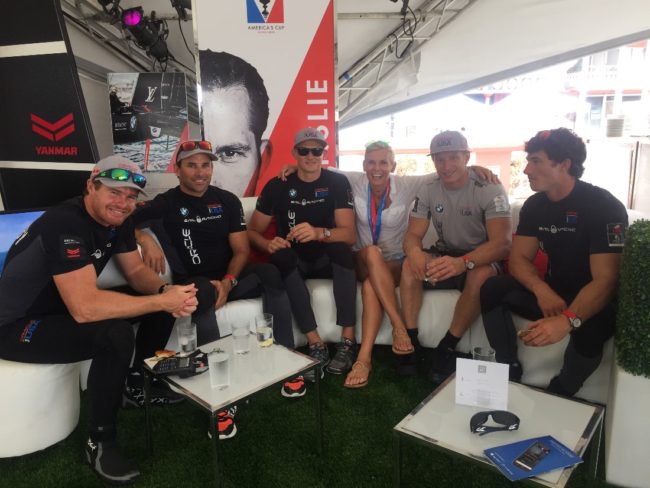 Where to Watch The America’s Cup in New York

On both Saturday, May 7 and Sunday, May 8, the epicenter of the race festivities will be Battery Park City and the Brookfield Place Waterfront Plaza. All races will finish just off the plaza, which will be home to one central event village.  Racing will take place from 2 p.m. to 3:30 p.m. on Saturday and Sunday. Weather will determine the exact race course as well as the total number of races per day (up to a maximum of three). A New York champion will be crowned on Sunday, May 8, after the final race.

How to Watch the Races on a Budget 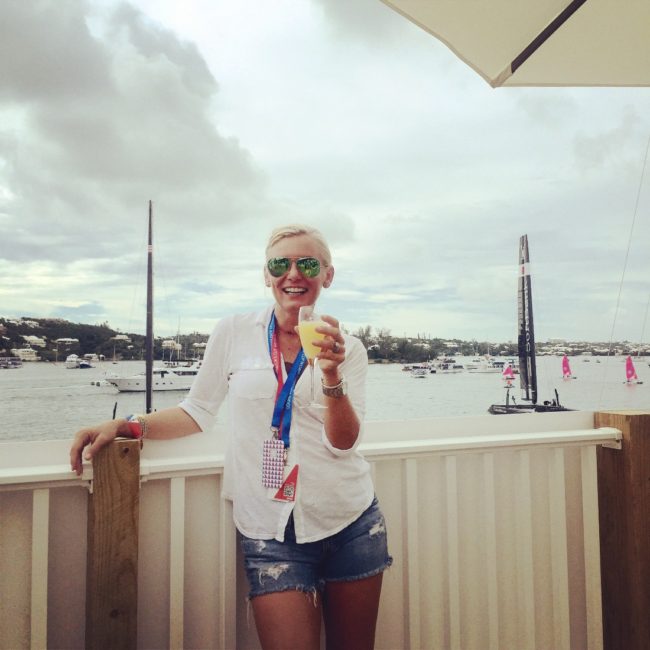 Spectators can view the races for free at the event village at Brookfield Place Waterfront Plaza which will also offer entertainment and food vendors. Highlights in the village include five stores selling team gear and sailing accessories, a Moet Champagne bar, a  Gosling’s rum bar (I highly recommend) and a booth from the Bermuda Tourism Authority with a lounge area facing the river where the public can relax and watch the races. The races will be visible as far south as Pier A and as far north as Pier 25.

On-the-water viewing during the racing will be available on New York Circle Line sightseeing boats that will provide exclusive access to the course. Pricing on these spectator boats ranges from $199-$299 per day.

Quint Events has set up two VIP experiences, one on water, one on land. The 97 foot yacht “The Valiant” will have spectacular views as well as light bites and a full bar, tickets are $400  per person/per day. The Legends Club will be on the 14th Floor of Brookfield Place and offer gourmet food and a premium bar from 11:30am until 5:00pm each day. There will be speakers and VIPs from the racing world. Access is $599 per person on Saturday and $699 on Sunday. 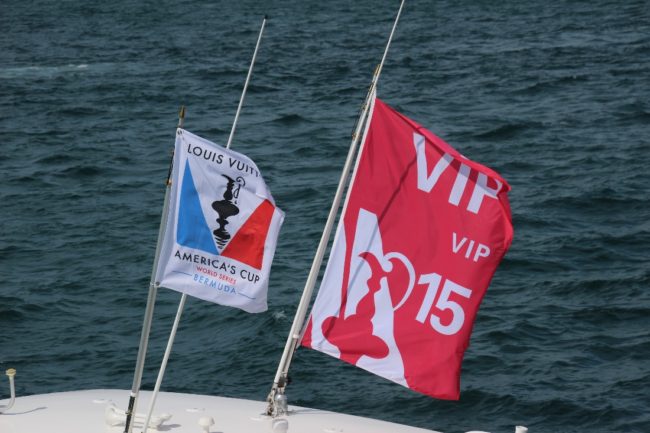 If you are interested in purchasing VIP tickets, I suggest doing it today, they are selling out fast. Call Shannon McCoy from Quint Events  at 954-444-4598 or e-mail her at smccoy@quintevents.com, tell her I sent you. 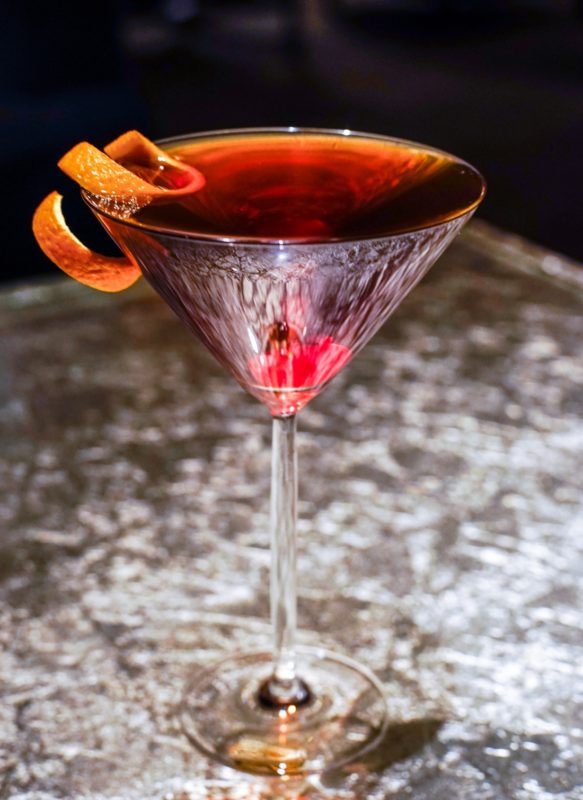 If you can’t get to the races, enjoy a race inspired cocktail. The Ritz-Carlton, Central Park is offering two ‘America’s Cup’ special cocktails on May 7 and 8. The Classic Manhattan is an iconic cocktail inspired by the 1920’s – the last time America’s Cup came to New York and includes Jim Beam Bourbon, Sweet Vermouth and Orange Bitters for $22. Second, is the Rum Punch, a vintage cocktail first concocted by British sailors in the 17th century, using local ingredients in India and Indonesia. This cocktail features Captain Morgan Spiced Rum, Lime Juice and Pineapple Juice for $18.

This post is not sponsored, I tell you about luxury yacht opportunities because I love you. 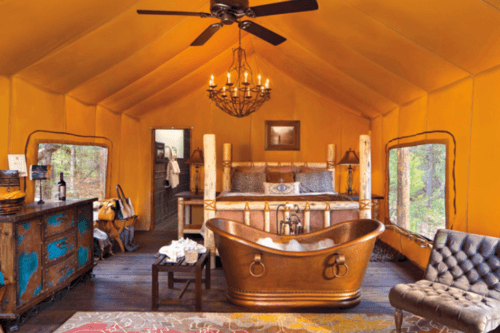 The Resort at Paws Up – Glamping Ranch Review 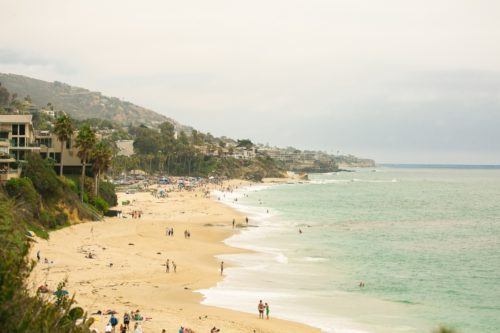