An Inside Look at the Ultra Exclusive Club 33 in Disneyland 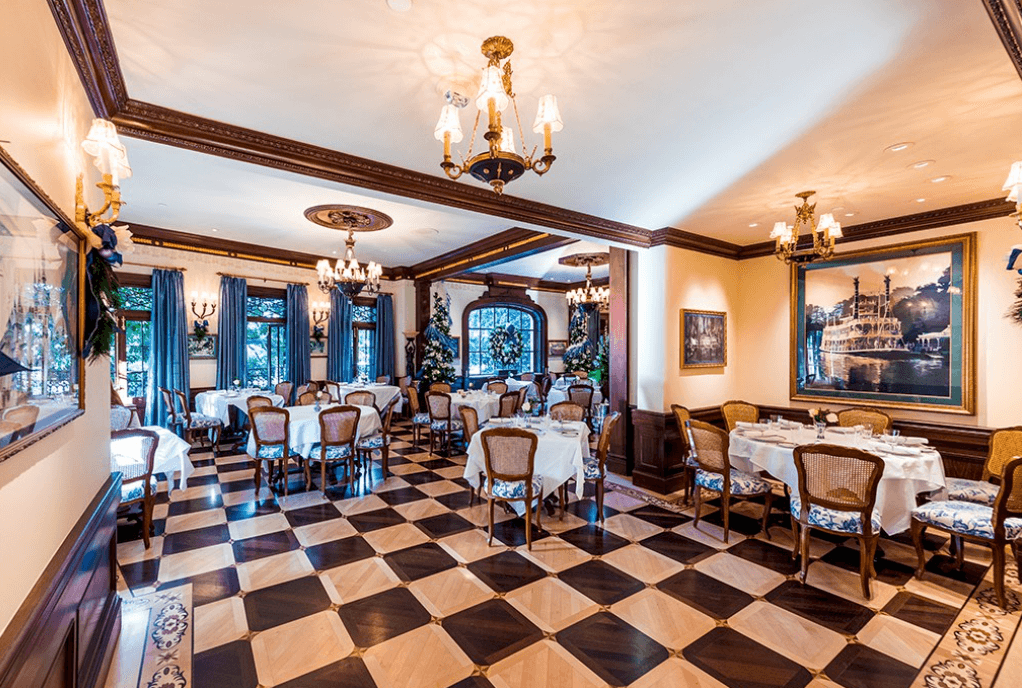 This is a guest post by Gavin Doyle of Disney Dose-A Disneyland Blog. I have ALWAYS wanted to get this invitation, I will have to live vicariously. Unless you are reading Mickey, you know where to find me…

5 Things You Didn’t Know About Club 33 in Disneyland

Club 33 in Disneyland California is one of the most exclusive places in the world. Entrance into the club is only granted to members who pay more than 5 figures a year. The club was first envisioned by Walt Disney who wanted a private lounge/restaurant to entertain celebrities, dignitaries, and other esteemed guests.
The club can be found in New Orleans Square behind the green door : 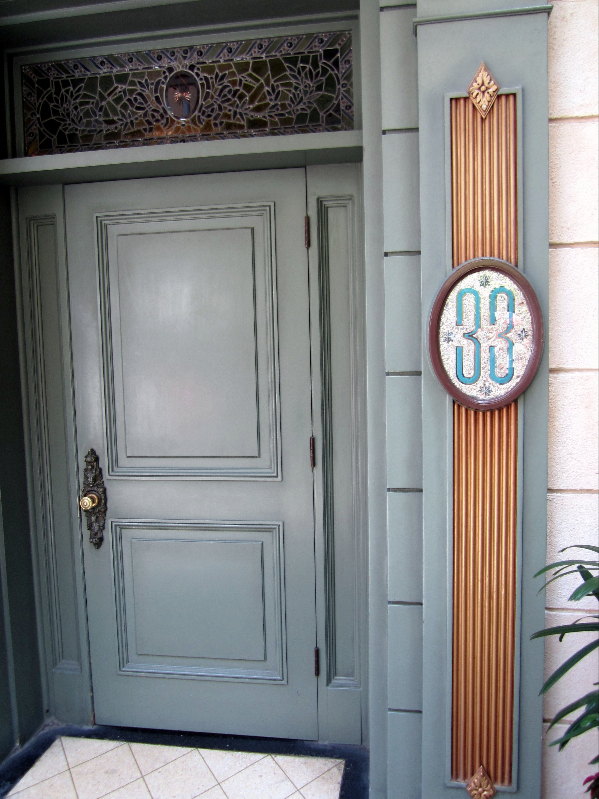 The name Club 33 has some controversy around it. There are a couple of theories about the club.  The most outrageous story is Walt Disney was a 33 degree mason. The official story told by Disney is that it was just named for the location in New Orleans Square. The story that is most likely true  is that the club was named for the 33 sponsors that Disneyland had in 1967 when the club opened.

Until Disney California Adventure and Downtown Disney came along in 2001, Club 33 was the only place on Disney property that a person could drink alcohol. To this day, it is the only area inside Disneyland park where a person can drink. 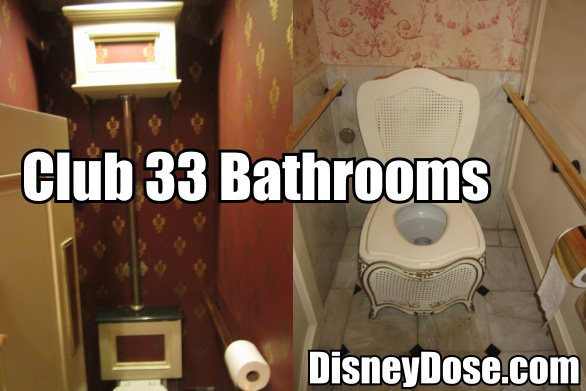 Over the years the restrooms from Club 33 have become famous online. The toilet in the ladies restroom looks like a chair until you lift up the seat and…wow your looking at a toilet. The men’s restroom isn’t anything special except for it’s vintage look.

Mary Poppins’ Table is Here and So is a Happy Millionaire

A table from the movie Mary Poppins is located inside of the club and was chosen by Lillian Disney, Walt Disney’s wife, to be a put there.
The “Happiest Millionaire” was the last movie that Walt Disney worked on. The phone booth in Club 33 is rumored to be from the movie. I have been sticking my nose into other peoples business and annoying our friend who is the member of the Club to find out the truth.
My discovery was very interesting. The phone booth at Club 33 has pieces from the booth from the “Happiest Millionaire,” but they aren’t identical. 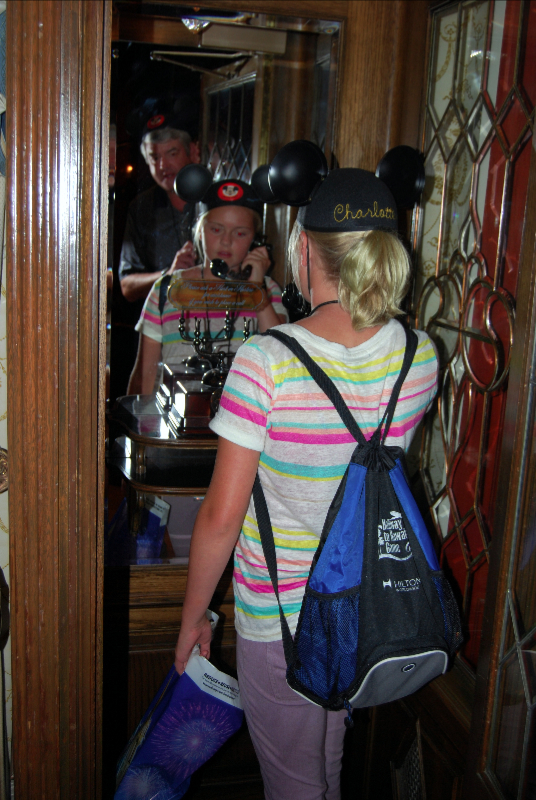 Club 33 Was Supposed to Be Bigger

Not many people know that Walt Disney had planned an entire complex for himself and his guests above New Orleans Square. The plan was for him to have a private apartment, Club 33, and a Jazz Club. The private apartment later became the Disneyland Dream Suite, the only place that a guest can stay the night in Disneyland. It was given away to a park guest every day during the Year of a Million Dreams in 2008.
Finally, the Jazz Club was never built, but Rumored Club 33 Expansion Could Include Jazz Club Concept  it is back on the list of possible additions to Disneyland.

If you ever receive a call offering a visit to Club 33, make sure that you are available.

We had a fantastic time visiting Club 33. You can see Gavin’s full tour on You Tube at
Gavin Doyle is the writer of DisneyDose.com and also is building a new site, Mickey Visit, it will be a Step-by-Step guide to Visiting Disneyland: From Booking the Tickets to Leaving the Parks. 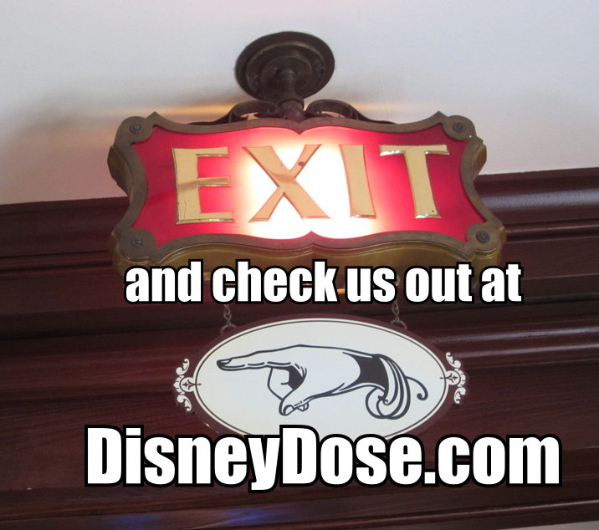 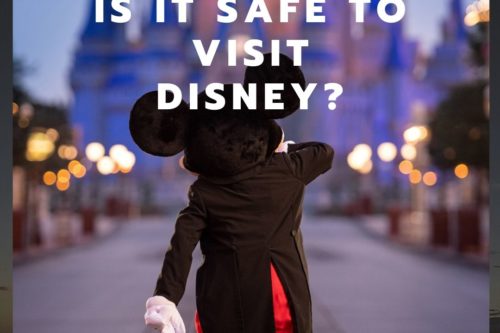