Disney Cruise Luxury and The Mouse 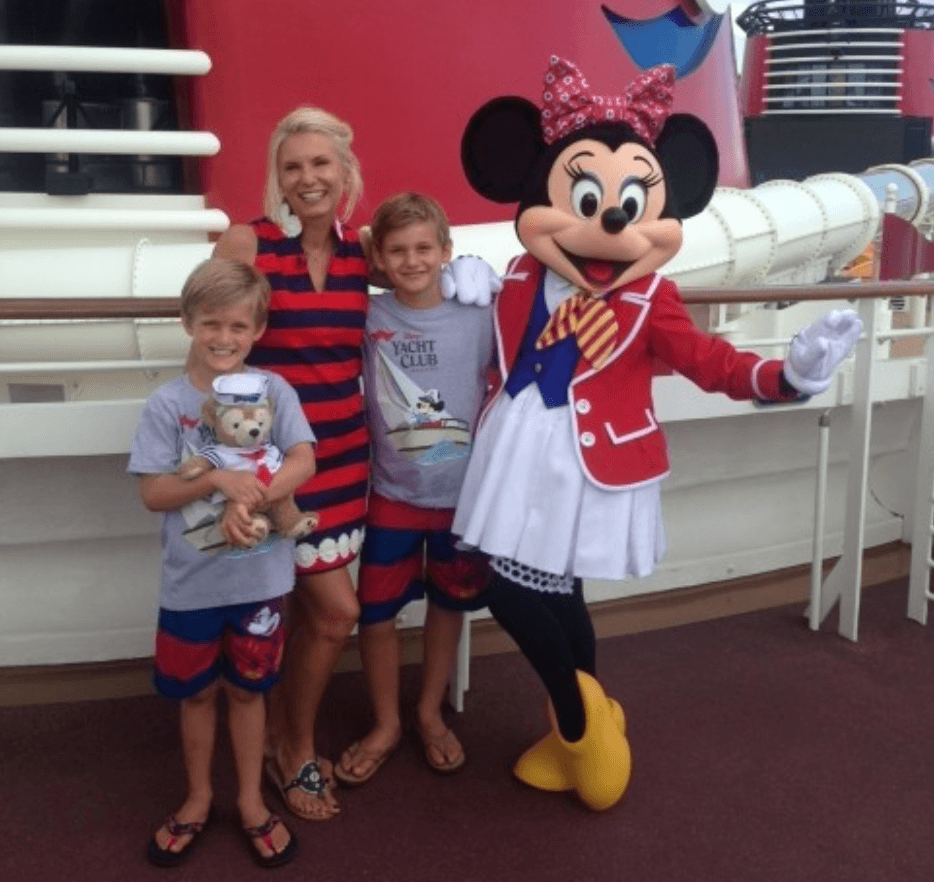 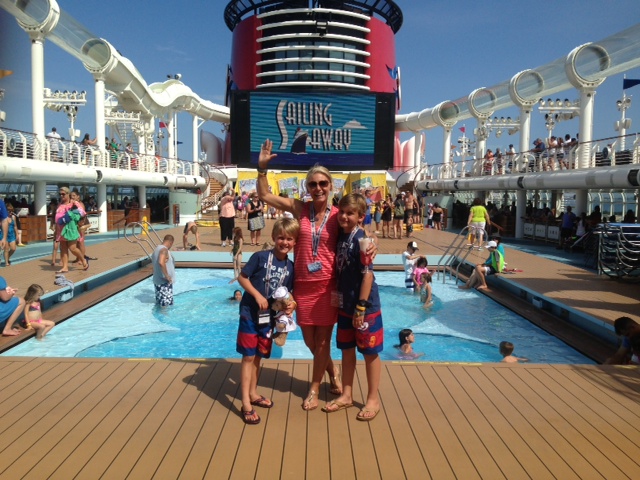 I have never been a cruise fan. This was not based on my actual experience of cruising, but my belief that cruises were full of people wearing fanny packs and cutting in the buffet line to beat me to the pile of cheap spaghetti and meatballs. Also, I don’t like small spaces.

You might be surprised to learn that it wasn’t some small yacht cruise line that changed my mind on cruising, but Disney. I know, you’re either thinking “Seriously? Disney?” Or you’ve heard the secret that Disney cruises are in fact amazing and WAY more posh than you would expect. This is not a “parks on the water” experience. It’s another world entirely, and between the overabundance of amazing staff, champagne bar and spa, Disney cruises really knock it out of the park for luxury traveling moms and their brood. 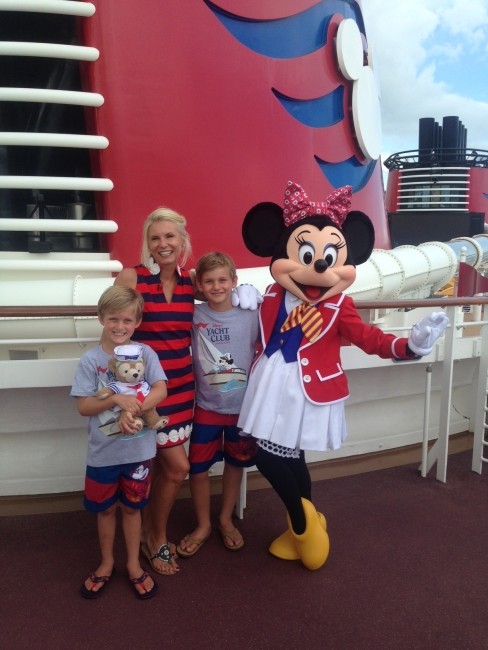 Disney Dream has larger staterooms than you would imagine.

The design and engineering is, well, magical. The bunk bed drops out of the ceiling, the murphy out of the wall, the couch becomes the bottom bunk and bibbidy bop, all four children fit in the room next door. The bunk and murphy bed are on one side, on the other side of the curtain is a queen bed. Perfect for three stinky boys and a teen sister who wants nothing to do with them. 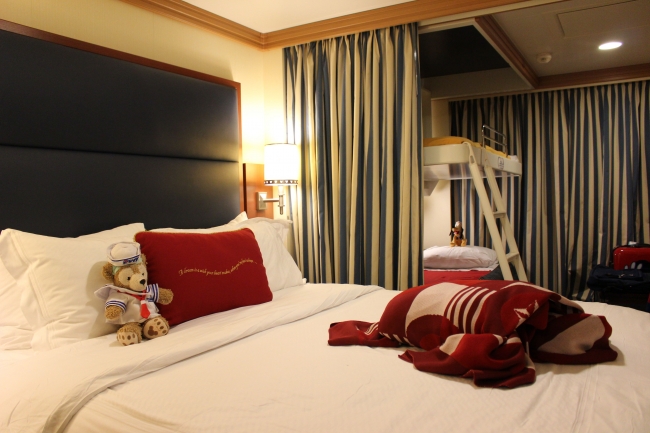 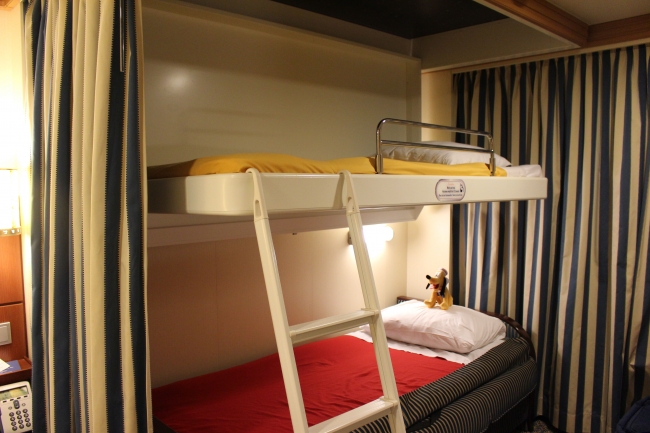 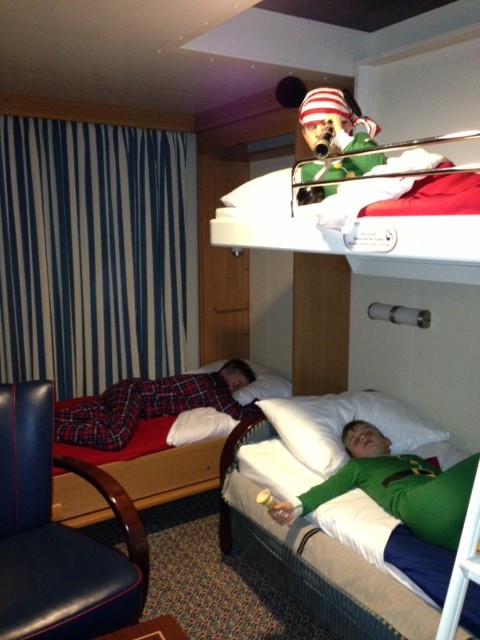 Happily, your stateroom host is with you the entire cruise, he makes up the room in the morning and at night it is transformed. The bathrooms are split in two, one has a sink and toilet, the other has a sink and shower. Getting ready for a night out is no problem. The bed is set high enough off the ground that I was able to fit four large suitcases underneath and there were plenty of hangers in the two closets for all of my clothes, I overpacked, again. There is also a safe for your good jewelry and passports. We had a verandah and it was large and a lovely place to watch the world float by. Did I mention the part where you don’t lift a finger? 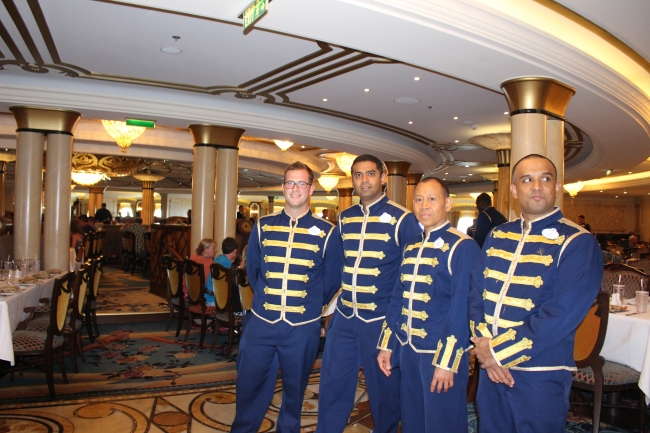 The Disney Dream has fabulous sit down restaurants, seriously.

There is a buffet for breakfast. It’s not my thing, I don’t like food lines and food that has been sitting around. Also, they doled out the fruit like it was gold but the doughnuts were out for grabs. That being said, it was quick and easy. The kids were happy with it and there was plenty of serve yourself coffee. The restaurants for dinner served up much better fare. Your waitstaff rotates with you from restaurant to restaurant every night. To say they spoil you and the kids rotten is to understate it. On the second night I took the PR team up on their offer to send me to the exclusive “adults only” gourmet restaurant Palo. I left my boys in the capable hands of our waitstaff at their restaurant and headed off for a night of Osso Bucco and wine tastings in a chicken finger free world. 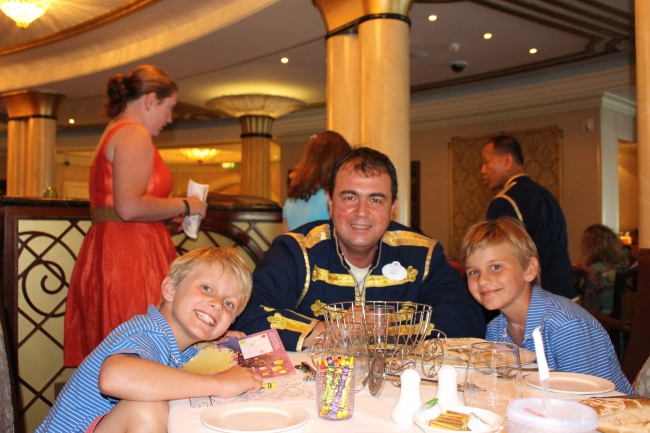 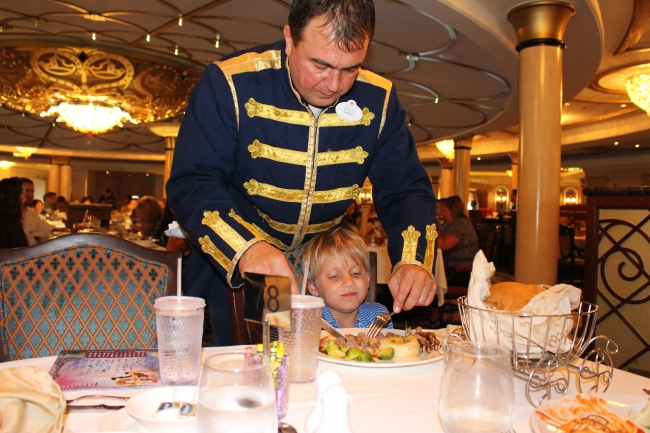 Even when I was with the boys the wait staff  doted on them, cutting their meat and leaving me to enjoy my meal. Did I mention that you can order a nice bottle of wine and it will follow you night after night? I love Sancerre and since my dining companions are well below drinking age it took me three nights to finish it. It was much better than drinking the wine by the glass.

Our favorite restaurant is Animator’s Palate, the screens placed around the dining room have Crush from “Finding Nemo” who pops up and chats with the diners. If you’ve ever been to “Turtle Talk with Crush” at the parks, it’s like that, but while you’re eating dinner. 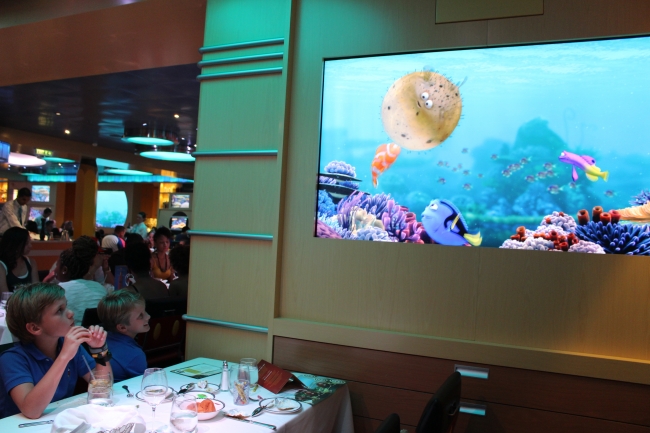 Also, Disney is notorious for catering to allergies. I am gluten and dairy free due to serious allergies. It is such a treat to go to dinner and eat really tasty food that is all safe to eat. So often restaurants just give you a pile of vegetables and call it a day. I ate better at Disney than I do at home.

There is also a pink champagne bar, sadly I did not discover this until my last day on the ship and was only able to snap a photo. It’s definitely a reason to book another cruise. 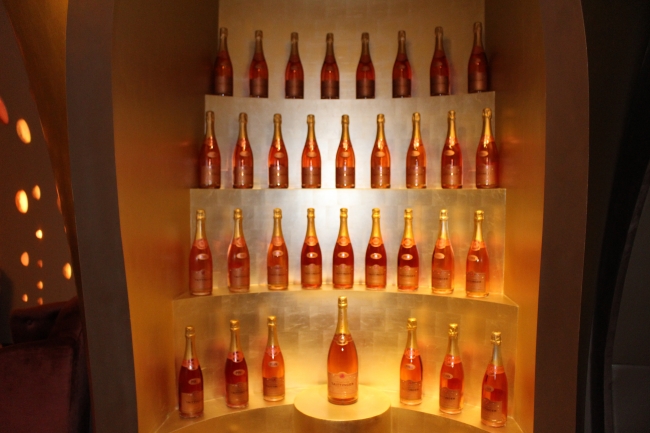 Staying in shape on the ship is easy, well not easy, but can be done. 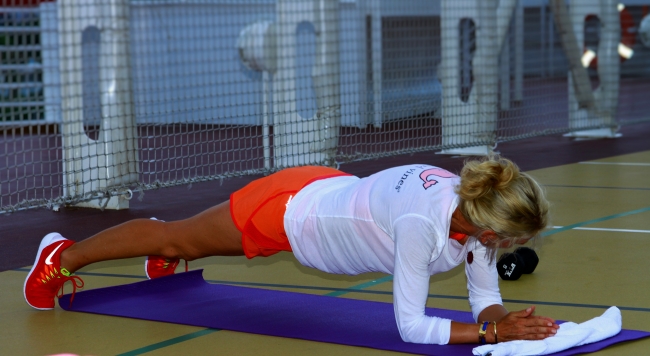 I also imagined gaining weight on a cruise because all there is to do is lie around after eating a pile of buffet food (can you tell my expectations were low?). Each morning I did the boot camp offered through the spa and fitness center. It was an incredible work out and I was back before the boys even woke up. There is a 5K run at Castaway Cay to start the day. A certain Mr. Momtrends did both in the same day, color me impressed. 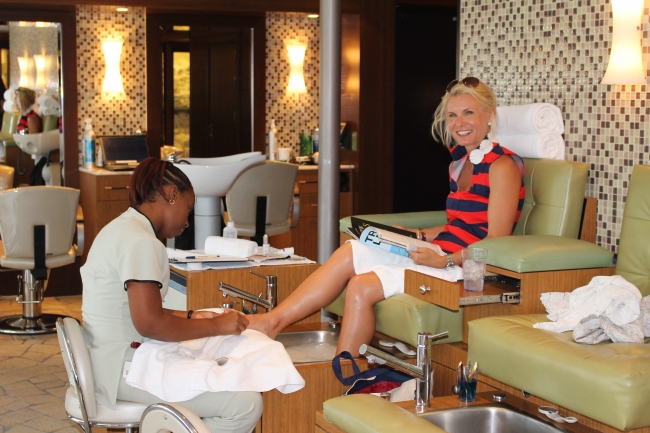 I knew I wouldn’t have time to pull myself together after all this travel and I was hosting a huge dinner party for the day after we returned to terra firma. I booked a fire and ice manicure pedicure followed by a hot stone massage. The boys were at kids’ club, they so did not care that I was gone for three hours. 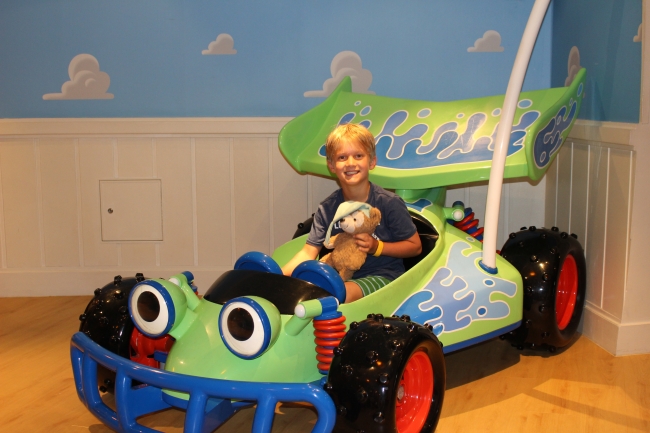 When I realized I was going to be late from my spa (I booked a longer massage than I remembered) the staff ran this note down and put it on the boys’ door. 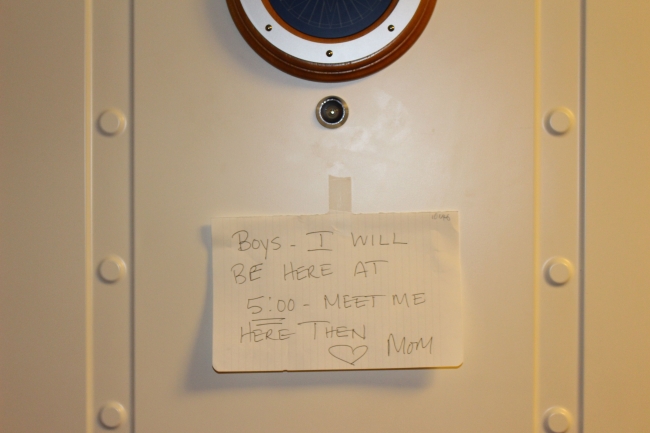 The ship is such a safe place for kids, there are so many staff members looking out for them, I wasn’t worried at all. I found them in the room waiting just as I asked. I enjoyed my first day so much that I booked a facial for the next day, it too was divine. My only complaint is that I feel the staff must be commissioned on the sale of products they recommend. I do not believe that $80 worth of bath salts will “train my muscles to relax”. The sales bordered on pushy, I was so happy with my treatment I let it go.

The shows on the Disney Dream are Broadway quality. 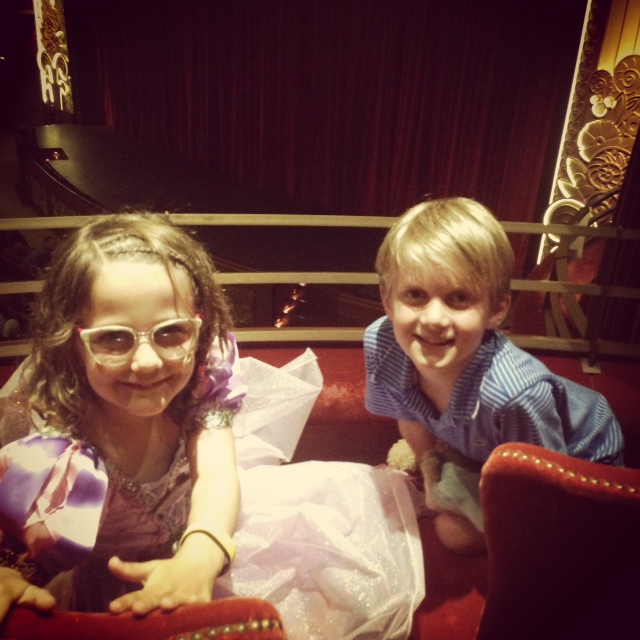 Each night there is a live show in the theater. You might expect cheesy, you would be wrong. The production quality is high, the cast is magnificent and both boys loved every show. Plenty of villains to balance out the princesses. We were on the cruise with Nicole from MomTrends, her little girl dressed up for the occasion, she loved the shows as much as the boys did. 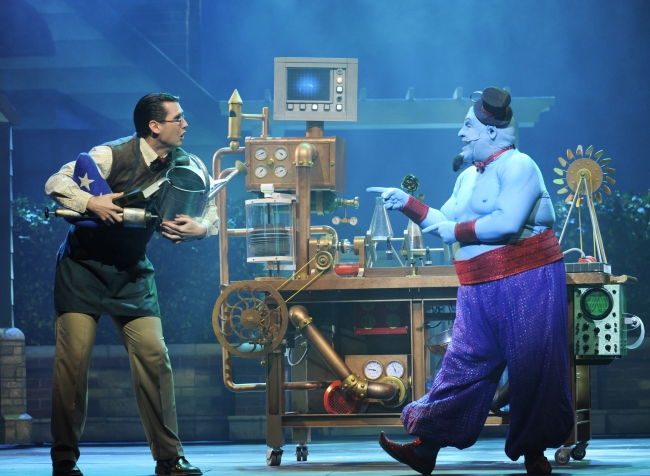 Also, there are two shows every night and there is no mad rush to get a seat. It took me a while to calm down and not send them to find seats 30 minutes early after noticing that there were empty seats at show time every night.

Waterslides and the world famous Aquaduck-water fun for all ages. 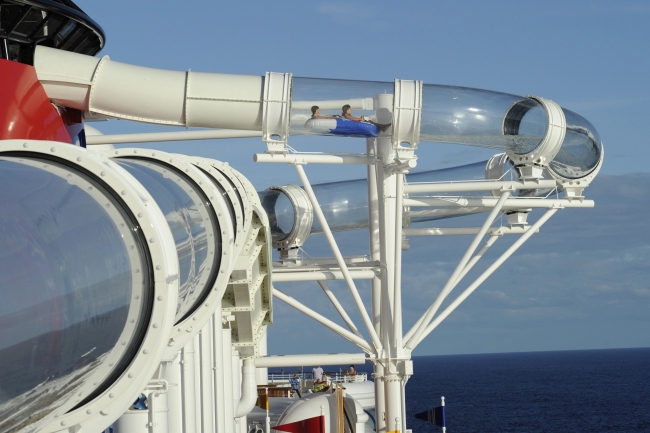 The Aquaduck is far and away the most popular feature on the ship. It’s a waterslide that runs through a tube out and over the ocean. It’s safe for kids of all ages, you can ride doubles in a tube. At certain times of the day the line can stretch for an hour, so not magical. My advice? When everyone rushes off the ship for Castaway Cay-get on the slide. Also, night time is super fun and not crowded. My kids made up a “routine”, do the slide, get a cone of the free self-serve soft ice cream, climb in the hot tub. Rinse and repeat. There is a smaller waterside for the less adventurous, a little water park for babies and two pools for cooling off in. In the “adults only” section there is a much quieter pool with bartender. Just saying. 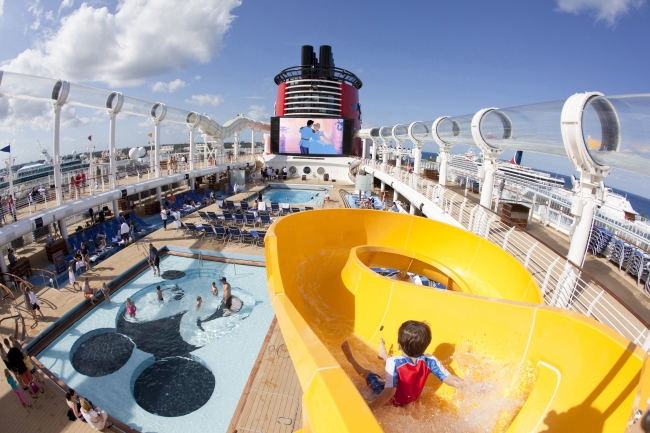 It will seem as if everyone on the ship knew about this but you, but now that you’ve read my post, you are ready. They sell lots of pirate themed gear on the ship, however many guests come with their own pirate costumes. Yes, it’s a bit much, but if you’re in to that sort of thing. Women even dress up as wenches. Unless Johnny Depp is my date, that is so not happening. The boys loved it, Duffy even got a pirate costume. The adorable Cruise Director Darren looked so good I almost regretted my lack of a wench costume. 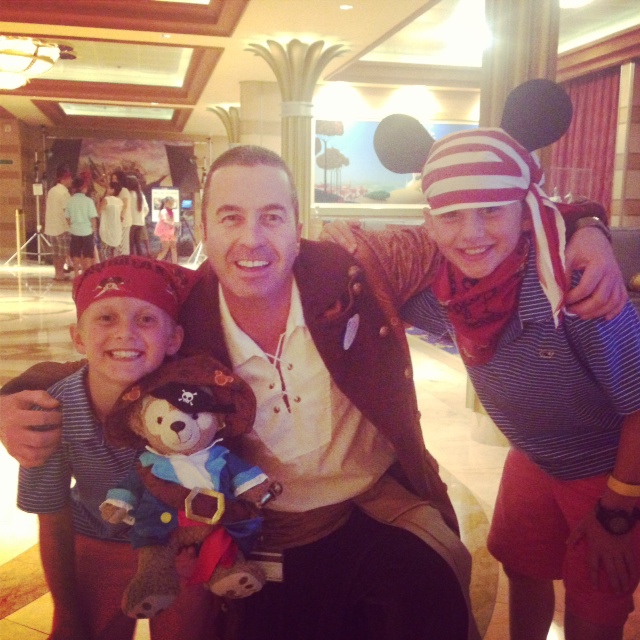 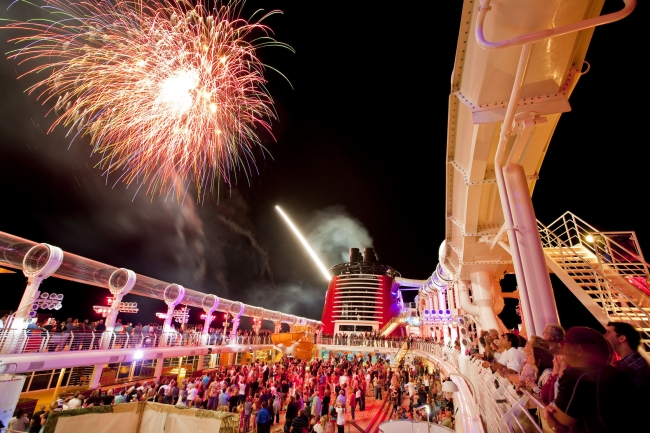 The Dream, and most Bahamas bound Disney ships, make a stop here. Disney owns the island and operates it with the same attention to detail as the ship. The sand is perfect and white, the water is blue and full of fish, there are waterslides, crab races and a variety of other fun activities for kids. There is a Serenity Bay, I have no idea what it looks like, I am sure it is fabulous, and quiet. The upside to the island is that it is clean and perfect, also, they have lots of bars serving up chilled cocktails. The downside is that chairs fill up fast and the food on the island is not great. I would recommend staying on the ship and enjoying an empty Aquaduck and having a good meal, then heading to the island after lunch as people are leaving. They serve buffet barbecue food in a few locations, even Keaton wouldn’t eat it. 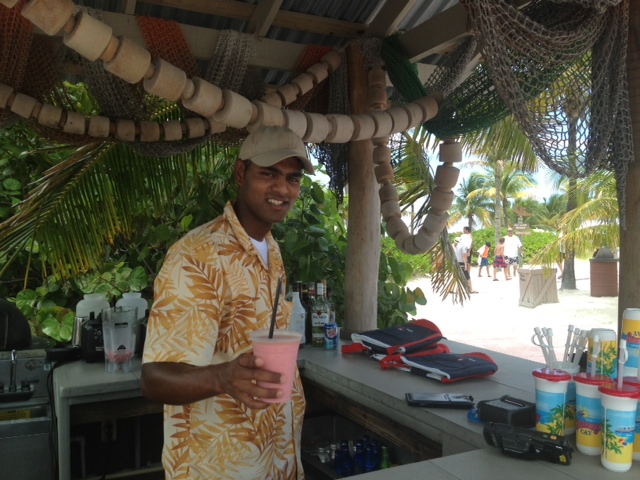 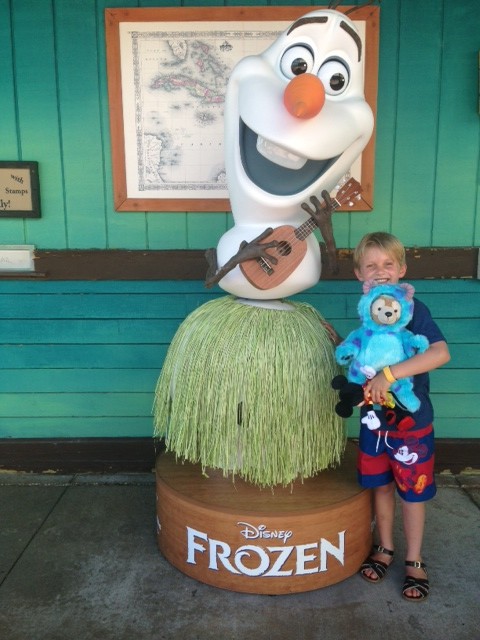 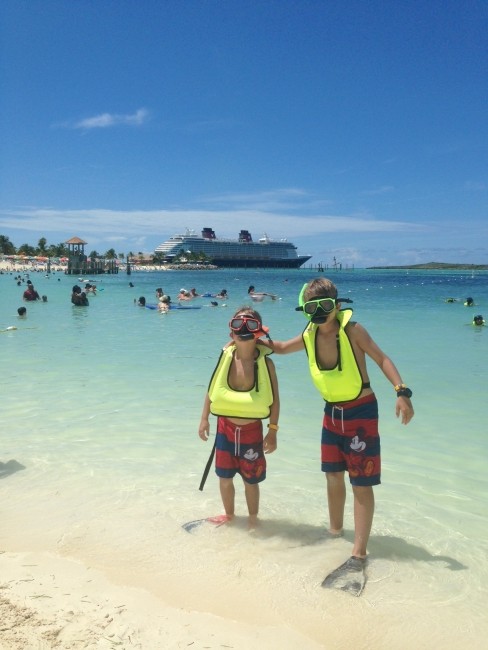 When we went snorkeling we actually say a ray with a fish swimming on its back, just like in “Finding Nemo”, which confirmed my theory that Disney even controls the oceans.

How much does it cost?

Prices for the cruises vary wildly. Depending on the number of nights, the destination and the time of year. We booked a family vacation two Christmases ago on the Disney Dream. As a family of six we had to get two staterooms. We booked a New Year’s cruise, the two staterooms with verandahs were about $ 18,000 total. Everything but alcohol and spa are included for this price. We booked in April so that we could get connecting rooms on a popular sailing. You can put down a deposit to hold your spot and then pay it off in chunks. I know this because I knew Mr. Evans would have a heart attack if he saw the whole price in one place. I used my travel agent, Tim Burke, for the booking. You can find a lot of specials and keep an eye on pricing on the Disney website. A quick search for next June showed that I could get a nice stateroom for $4k for a three night cruise. My recent three night cruise with just the two boys was a complimentary media trip. They covered everything but alcohol and spa, so my bill was still large. I can wholeheartedly recommend a Disney cruise and even at $18k, we felt as if it was worth every penny.

Nicole from Momtrends was also on this media excursion and has some fabulous videos of the ship. Check out her post here.

As skeptical as I was of the Disney cruise, Mr. LTM was more so. He was equally surprised and really enjoyed himself. I mean, he didn’t relax, that would be unheard of, but he swears he had fun. 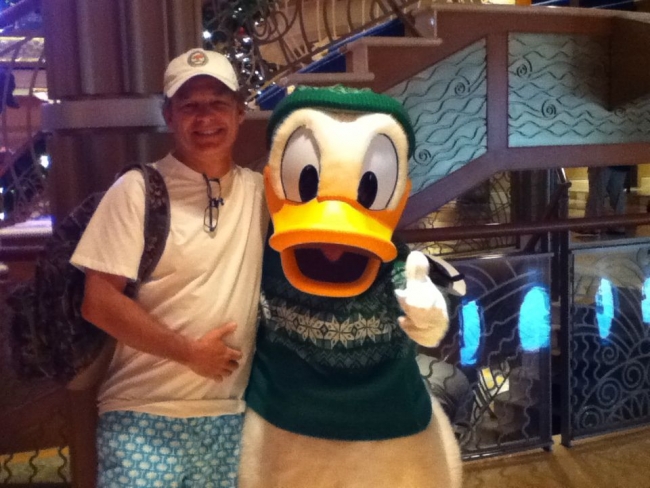