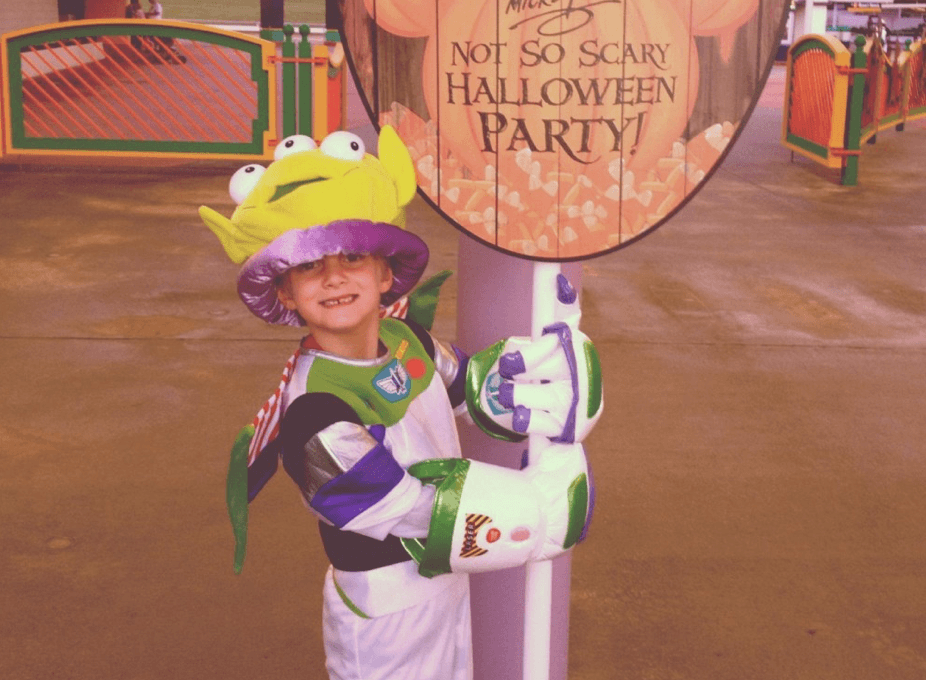 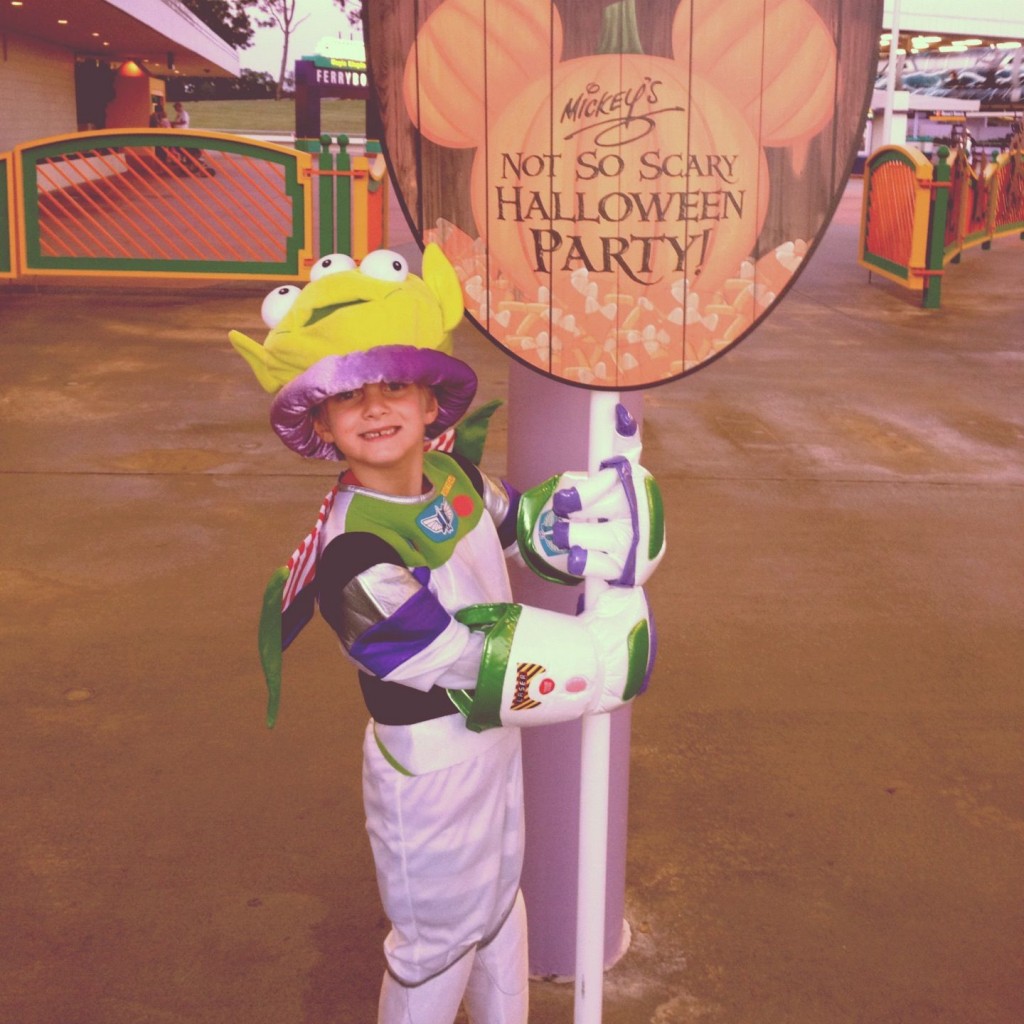 We visited DisneyWorld this week to preview the New Fantasyland, which is extraordinary and an entire other post. While we were there Disney surprised my three boys with tickets to Mickey’s Not So Scary Halloween Party.

It’s not easy to enjoy Halloween when you’re little and to you everything is scary. My littlest character even thinks the Winnie the Pooh ride is “kind of dark and spooky”.

I was nervous. Was it really not-so-scary? Could a kid who finds the Hundred Acre Woods frightening enjoy a late night Halloween Party full of ghosts and goblins?

Leave it to Disney to find just the right mix of ghoulishness and goofiness that kept my almost teenage boy from rolling his eyes and my little scaredy cat from crying in my arms. 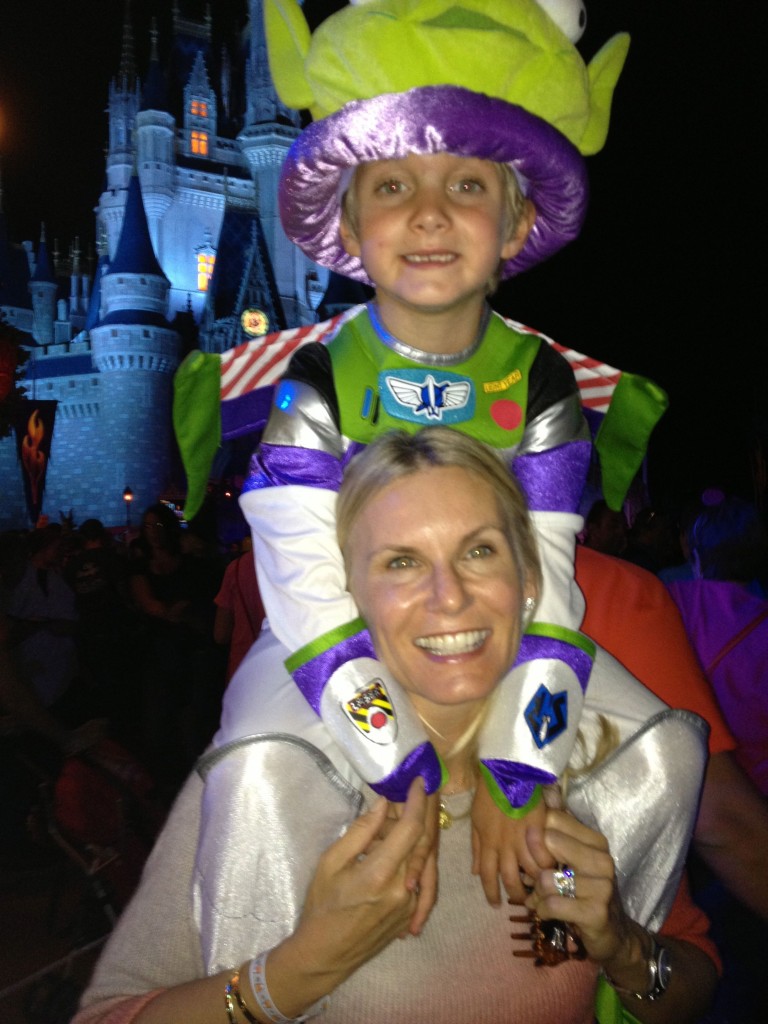 Waiting for the parade to start

The party kicks off with the “Boo-to-You” parade. A headless horseman gallops through Main Street just before the parade starts. It’s a little creepy but the boys were more concerned about how he could see without a head and all. They finally decided it must just be a really smart horse. 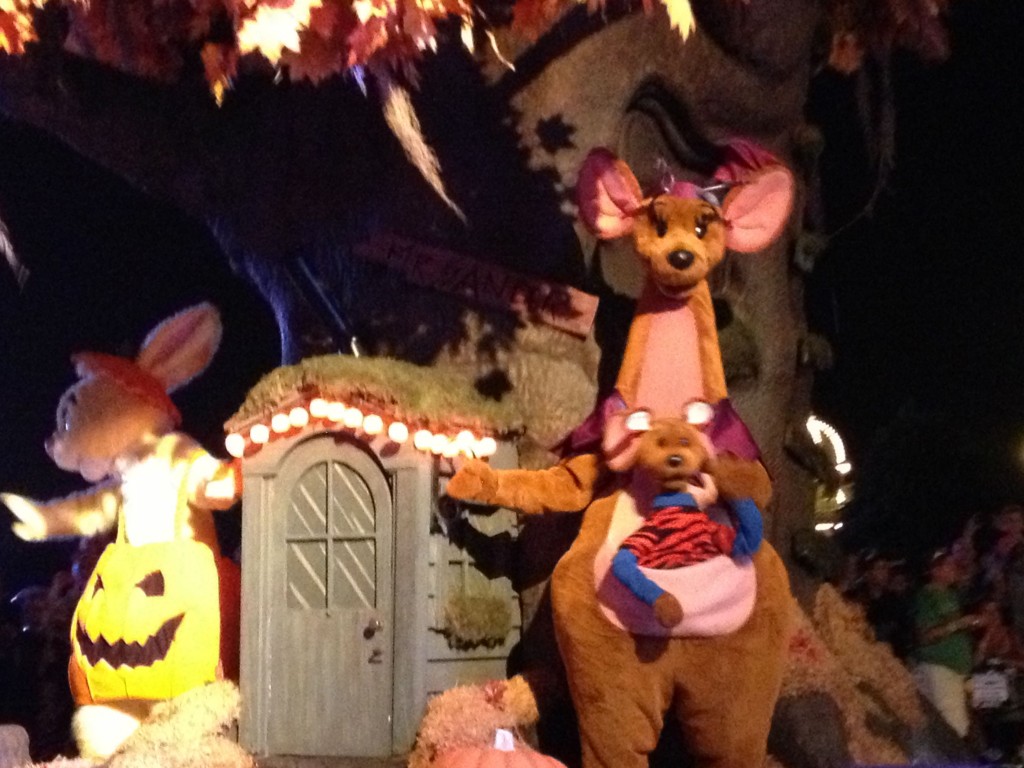 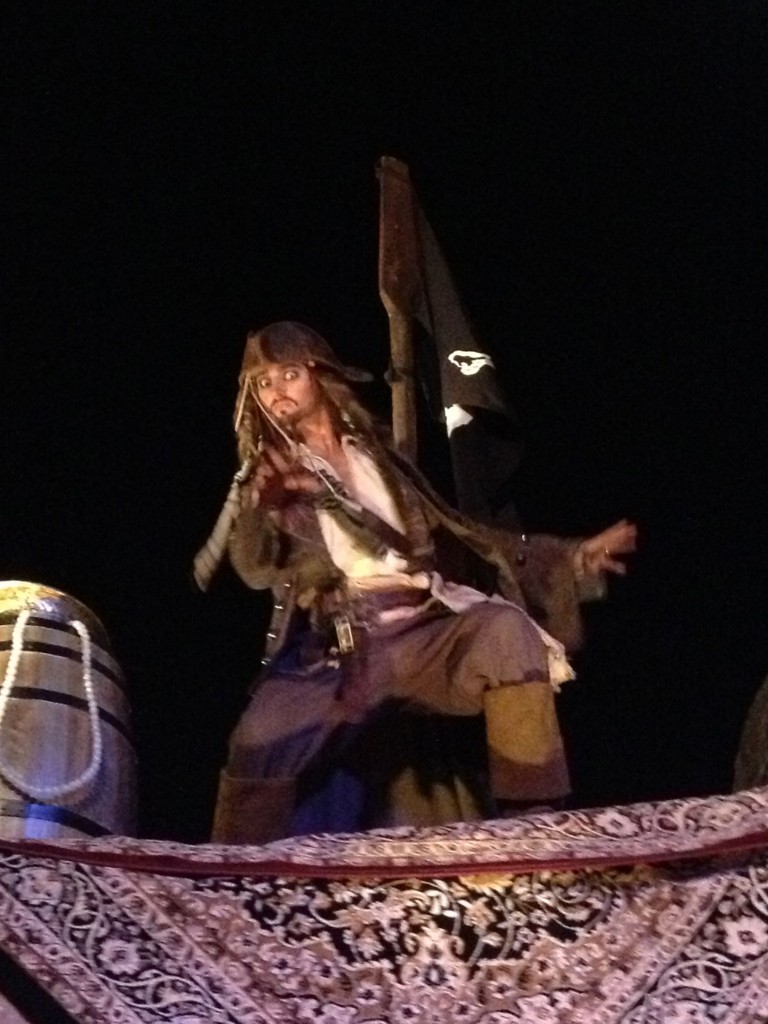 I’m pretty sure Capt. Jack Sparrow was checking me out

Kids, and parents, can trick or treat for candy at various “Sweet Spots” or enjoy rides that are blessedly crowd free. My little Jedi Master and I hit Space Mountain at 10:00pm, there was NO LINE. I know, right? The only other time we’ve enjoyed front of the line access is on a VIP Tour.

There’s literally a party on every corner at this fun filled soiree. We ended up spending our entire night at Club 626, and outdoor Stitch themed party with a DJ that could be working in any hip Miami Club. Pluto, Goofy and Stitch danced with the boys while I longed for bed, a margarita or both. 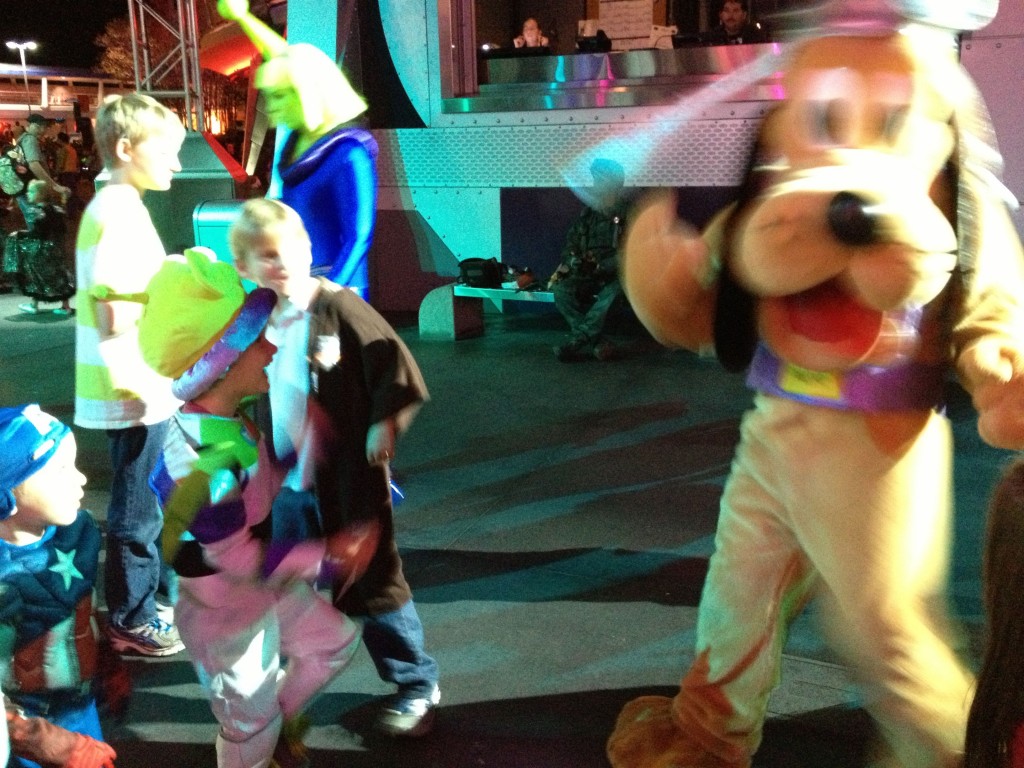 The Hallo Wishes Fireworks show capped off the night, at least for us. The party raged on until midnight but this mom was done long before then.

Mickey’s Not So Scary Halloween Party is a separate purchase from your regular park ticket. Most of the guests had clearly brought their own costumes from home, hello large male Cruella Deville with painted toenails. We scrounged up a Buzz Lightyear costume from a kiosk and a Jedi robe from the Star Tours shop and the boys were fine and happy. Surprisingly Disney doesn’t sell a lot of costumes in the park. You can check to see which nights the party is offered at DisneyWorld on Disney’s website.My friend Rock Star Traveling Mom, Stef, checked out the party on the other coast and gives all the 411 on Disneyland’s Halloween events.

I was a guest of Walt DisneyWorld, my accommodations, park entry and party passes were provided complimentary. My boys opinions are there own however, trust me, they are not easily bought. 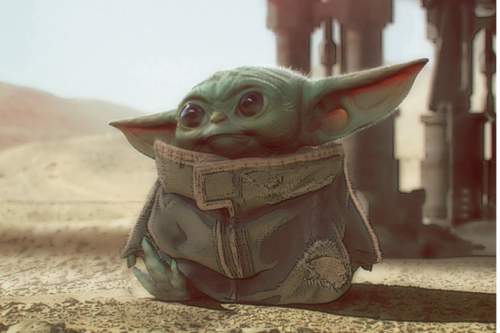