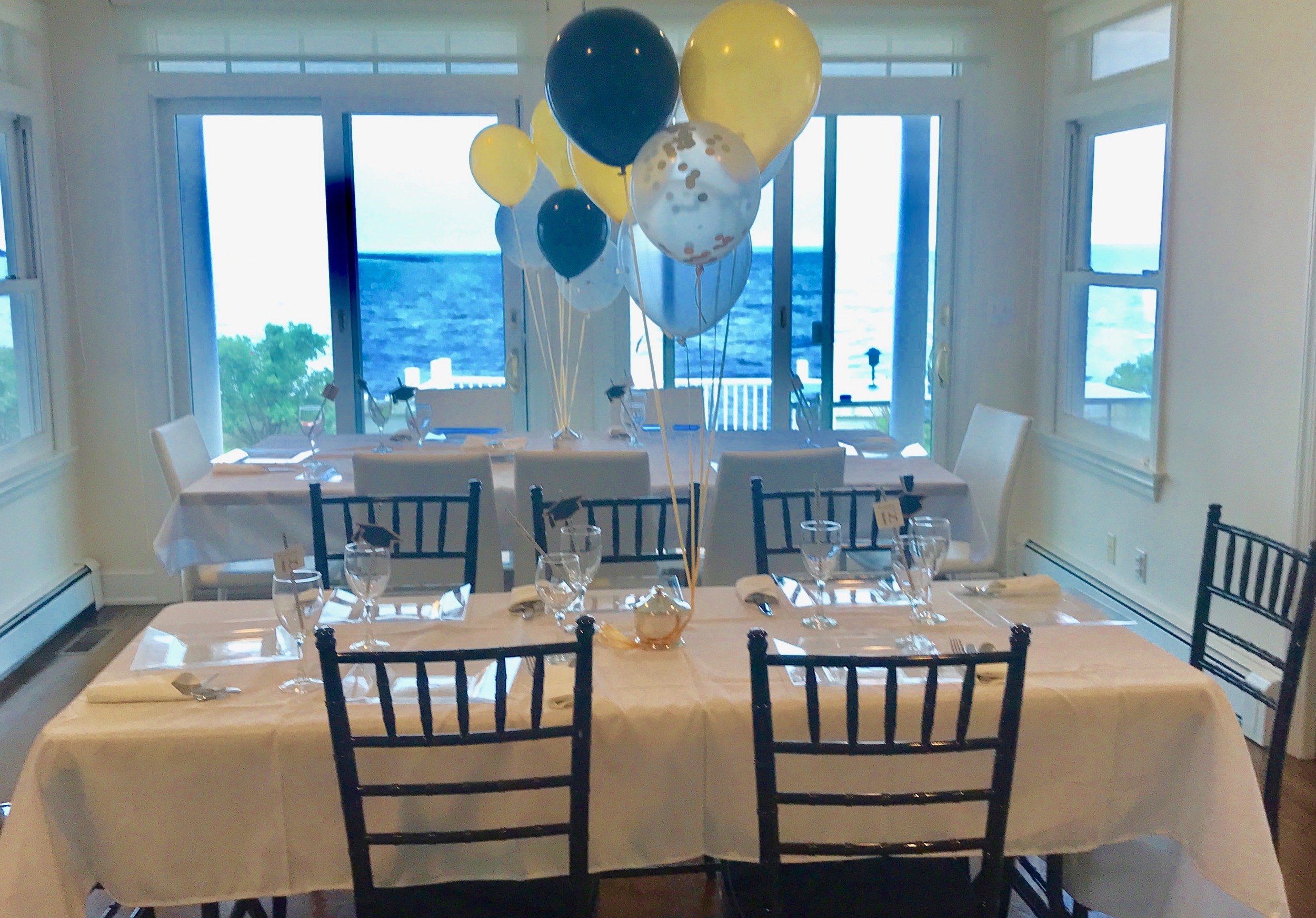 On my recent trip to Ireland with my two youngest boys I found myself being frequently complimented on the boys’ manners. It almost became awkward because, I mean they’re great kids, but they’re not perfect. When another journalist on the press trip started taking notes on my parenting advice, I thought “hey wait, maybe my Luxury Travel Mom readers would care about table manners for children.” I’m not an expert, but I try hard and apparently people think I’m doing a good job. Except for my kids, they think I’m too strict, often embarrassing and should stop doing the Fortnite victory dance in public. 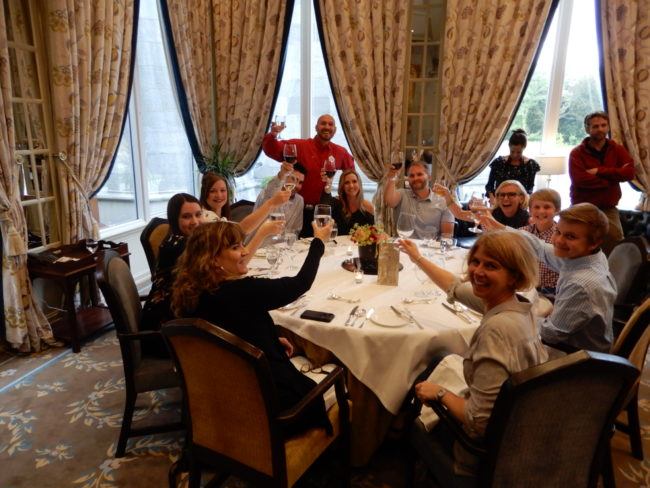 Table Manners for children is my first Parenting Advice post, because it’s the most important. Our job as parents is to turn out civilized human beings who can succeed in the world without us. Table manners will make or break you in life. My husband took a young man out for lunch who had recently graduated from an impressive university with a degree in finance. Though the kid was smart and qualified, my husband told me after the meal “I can’t send him to meet a single person I know after watching that kid eat, it’s a disgrace.” To be clear, the kid was raised in a nice family, they belong to a club in New York so he grew up eating meals at a country club, but apparently know one ever taught him table manners.

When we came down for dinner in the photo above someone commented that my boys are always well dressed and asked how I did that. My answer? I don’t give them any choice. Period. You can wear your saggy sport shirts and crappy t-shirts to play with your friends, but when you are out with me (and this includes the plane ride) you dress appropriately. No discussion. We argue about whether or not his button down should be tucked in (I do relent on that depending on the venue) but for dinner out of the house it’s pants (not shorts), a shirt with a collar and a decent pair of shoes.

No Phones at the Table – Ever

It’s rude. It’s rude to the person you are dining with, it’s rude to the staff, it’s rude to everyone around you. Put them away. Even my sibling who works for Donald Trump and has an excuse to want to monitor Twitter does not have a phone at the table, neither should you, neither should your children. I was on a press trip where the PR girl had her phone glued to her hand like she needed to monitor her own vitals or she would die. She ignored the executives at the table who were hosting us each night, she missed out on making connections with a very qualified group of journalists, and she annoyed the crap out of everyone. She never noticed, but her boss did. Keaton had an astute observation at dinner one night when a small child threw a fit until his exasperated parents gave him a phone to play with, he said to me “mom, they are just teaching him that he gets rewarded for being naughty.” We have all been tired and just want to eat and it’s easy to hand them a device, just don’t. You really are teaching them to misbehave to get it, it’s Skinner, you know it, but you just want to drink the wine and have the mussels. Trust me, set the standard now and you won’t regret it. Read on, I have ideas to help everyone make it through the meal electronics free.

When we sit down to eat, I never allow them to give us kids’ menus. Almost any restaurant will make a half order of a regular entree for children. At home I try to cook real food, steak, chicken, vegetables. Macaroni and cheese happens for lunch, but I’ve never let the kids live on it, even if they wanted to. To the picky eater moms, I will share the advice I got when my kids were young “when they are hungry, they will eat what you give them.” Don’t be afraid to let them go hungry, and be mad, and throw themselves on the ground. When they are hungry, they will eat. Moms all over the world get their kids to eat real food, you won’t see a French mother allowing her kids to live on a diet of chicken fingers and plain pasta. Also, they need the vitamins, the fiber and all the good stuff that you cannot replicate in a multi-vitamin. Macie trying frog legs at ten, she’s still proud to tell this story. 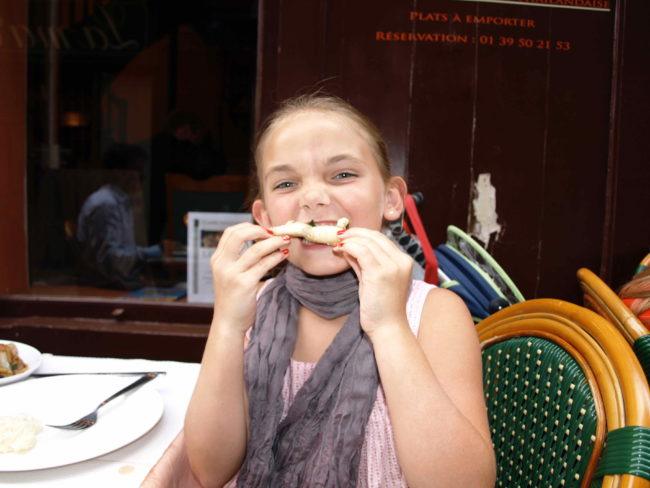 Teach Your Kids the Art of Conversation

Too often I see parents sitting and chatting and ignoring the kids. I get it, trust me, but the only way your kids are going to learn is by doing. Many adults don’t even know how to have a proper conversation. My kids have all been taught to greet everyone by standing up, looking them directly in the eye when they shake their hand, and exchanging names. “Nice to meet you Mr. Smith (never call an adult by their first name unless they specifically ask you to) my name is Wilson.” Then at the table they need to know how to carry on a conversation. This involves listening and asking questions. We play a game with the kids, and have introduced all of our friends to it, called Broken Telephone. One person starts with a word, say Elmo, and the next person has to say what Elmo makes them think of, just one word. Think fluffy, red, baby. Then  the next person goes off that word. We have a rule that you can’t use people’s names and once boobies has been said twice, the game is over. It forces them to listen, they can’t be in their head thinking of what they are going to say because they have to see what’s coming and it always makes everyone laugh. My kids have been forced to dine with adults since they were little and they have become good conversationalists. It’s a real boost to a kid’s self esteem when grown ups have real discussions with them, listen to their thoughts, and share opinions. Wilson surprised everyone at dinner with a well thought out argument about North Korea he had learned at school, he told me later “everyone thinks I’m really smart here.”

Bring Distractions – of the Non-Electronic Version

We all know that phones and iPads are the crack of our generation. They are designed to give you a dopamine high and get you addicted, believe me, I’m way too addicted to my news app and will find myself getting jittery if I don’t check it often enough. The table is a great place to ban electronics, give in while you are; grocery shopping, driving carpool, trying to do yoga, parenting without electronics is for the hard core. But create a space where kids are in the moment, with you, at dinner. We bring games that are easy to play as a group. There is Left, Right, Center. It’s small and you can keep it your bag. There’s no real point to it except to play. Spot It is great for little kids. For older kids we’ve been known to bring Cards Against Humanity. I’ll put links at the end of the post.

Come armed and it’s easier not to just hand the phone over. And if it’s a rough night, be willing to leave. I have left many, many places because my kids weren’t behaving appropriately. They need to know you’ll do it. I’ve also hauled the offender out of the room and scared them straight. I once took the four of them by myself to a media stay at Trapp Family Lodge, I had visions of us all snuggling in bed, eating popcorn and watching movies. We checked in to the room and they became wild freaking animals. They had been in the car for 6 hours and I should have taken them outside to run instead of trying to get them settled in the room. They were so awful I ended up screaming at them that their behavior was an embarrassment and they needed to pack their bags, we were leaving, I didn’t care if it was for my job, or if I had to drive another 6 hours, I wouldn’t tolerate the behavior. I gave myself a time out in the hallway because I was that mad, as I sat there wondering why I thought four kids was such a good idea this note came sliding under the door. 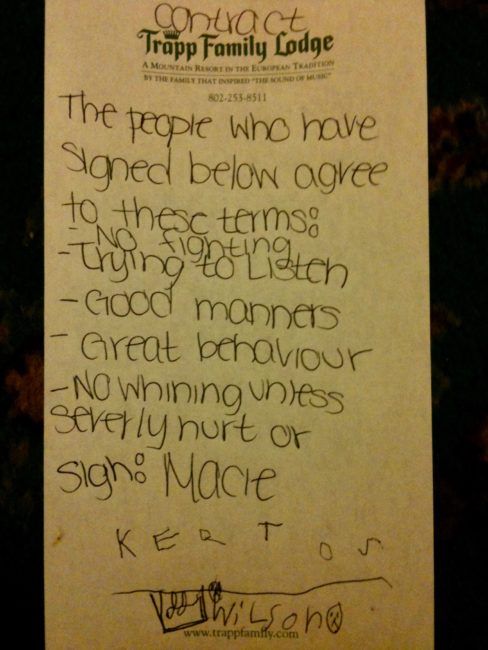 It’s not old fashioned. Many of you know I grew up poor, the nicest restaurant we went to was the buffet place where you paid $1 for every year of your age, I was always 8, always. When I started working I had NO idea what the rules were. It’s embarrassing and uncomfortable, and yes, people notice. When you take my bread plate because you think your bread plate is to the right and I am to the right of you, I notice. I don’t say anything because I am very polite, I will then take my neighbor’s and just let them think I don’t know the difference.

What my kids know: 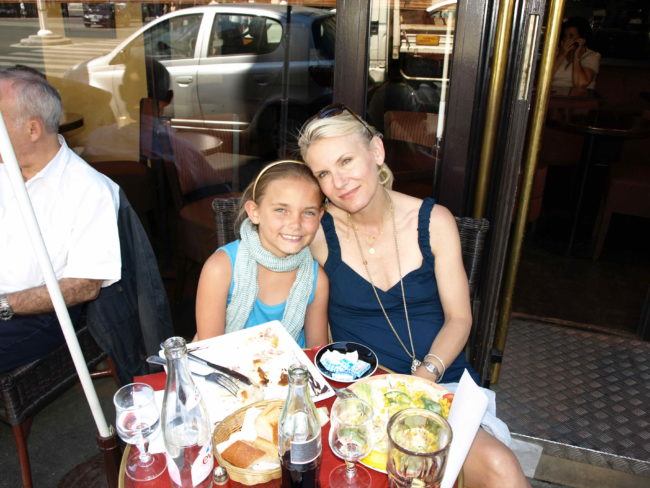 When traveling with Nicole Feliciano from MomTrends I learned the nifty trick of buying small lego construction kits and hauling them out at key times. Soledad and Keaton both love these, they make a wide variety and if you buy several small boxes and keep them in the closet, you’ll always have something to grab. Most sets are under $10, the more pieces, the busier it will keep them.The others are my family favorites, I have an 18 and 20 year old hence Cards Against Humanity, don’t judge. It’s fun. 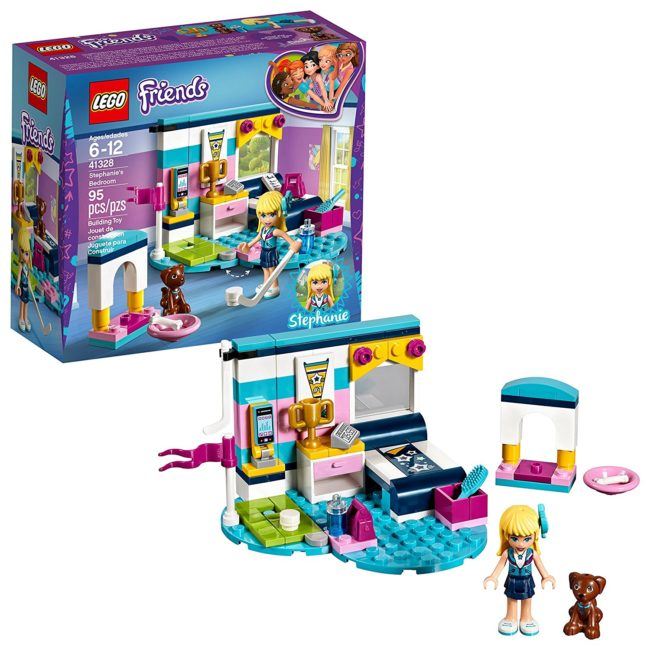 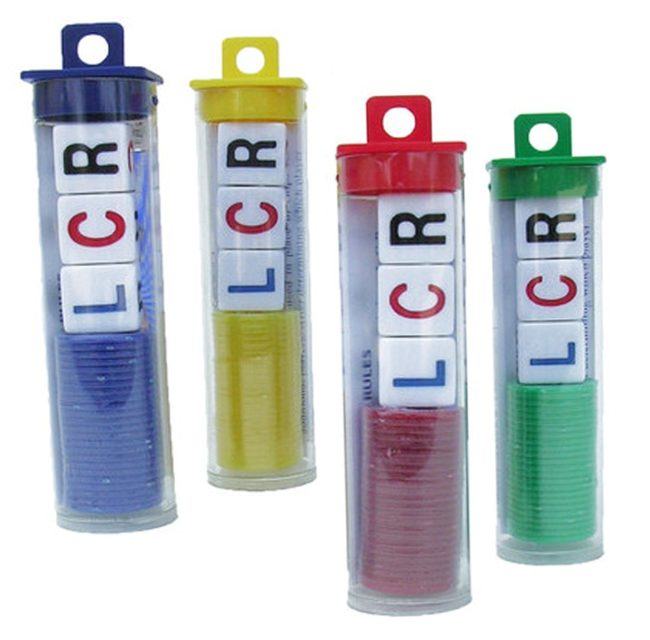 They sell a million versions of this game, but how can you not want Dory and Nemo?? 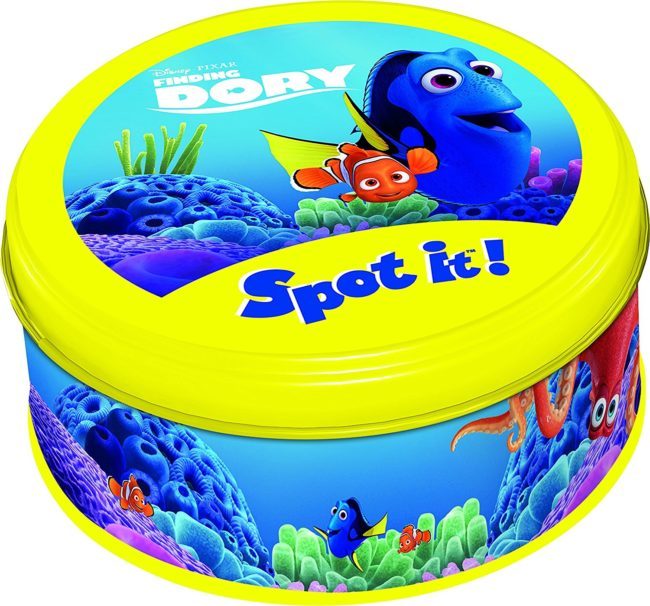 And for the Grown Ups – or Big Kids – Click on photo or buy HERE:

Fair warning, the content is super crude and wildly hilarious. Play at your own risk. When Mrs. O and her husband came for a visit we played at the table with guests and allowed the older kids to play. Our kids heard a side of their father they never knew existed, they might be a little scarred. 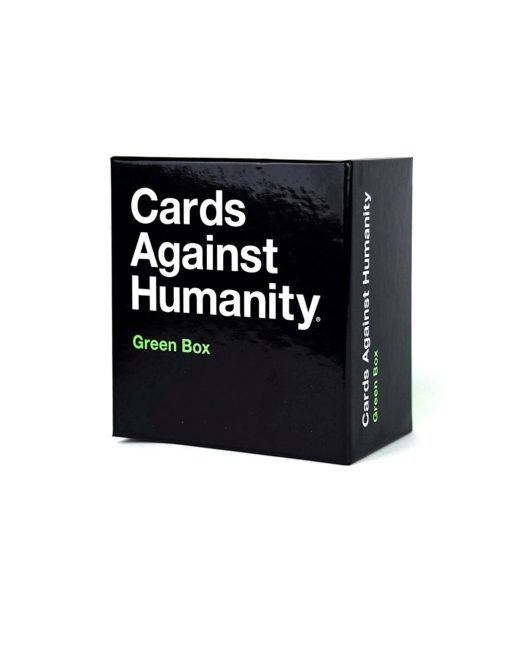 Parenting Advice is going to be a new category on the blog. I don’t represent myself as a professional, my degree is in journalism and I have learned every lesson by trial and error. My kids aren’t perfect, and neither am I, we are all just trying every day and if I can be of help to other moms trying to find their path, I’m happy. And yes, the Amazon links would give me money, not enough to care, but I always disclose.