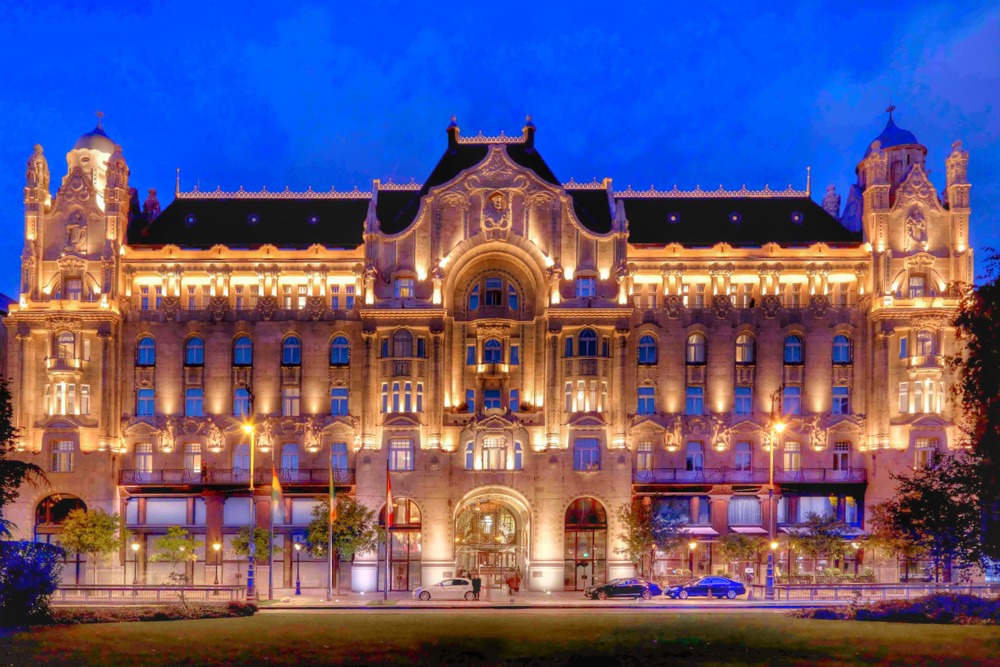 This is a guest post by Holly Fink of the Culture Mom – I am dying to get to Budapest, but until then – Holly visited and has a review of one of my favorite hotel brands, Four Seasons Budapest.

During my recent visit to Budapest, Hungary, I not only fell in love with the city, but I fell in love with the Four Seasons Gresham Palace. My fascination with the hotel’s beauty emerged as soon as I walked into the lobby, a completely opulent feast for my eyes, complete with arches, columns, sculptures, beautiful chandeliers with spiky glass shards, a glass roof and a sweeping marble mosaic floor. 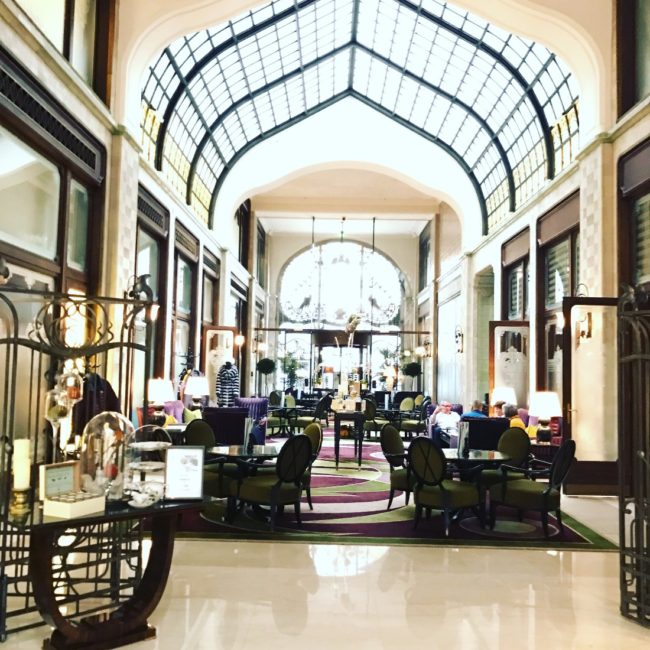 The hotel is in a building originally commissioned in 1904 by London’s Gresham Life Assurance Society (an insurance company) and as dazzling as it is, it’s not over the top. On the contrary, it’s as welcoming as its staff, and we felt instantly at home. Given that it was my mother’s first visit to Budapest, it provided a very good first impression of the city, better than we’d ever imagined. 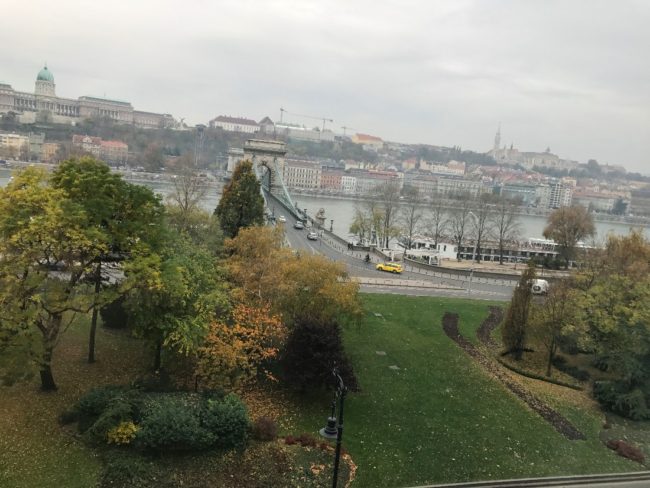 Here are some memorable qualities about the hotel: Location, location, location. We were so grateful for the hotel’s location. It sits right near the city’s famous Chain Bridge on the Pest side of town, giving us clear views of the Castle District on the other side of the river in Buda, also allowing for late night walks to the St. Stephens Basilica. It’s also right near a slew of good restaurants and shops. It’s near Vaci Street, the city’s town center, Vorosmarty Square, where the annual Christmas Market is held, and the Jewish Quarter. 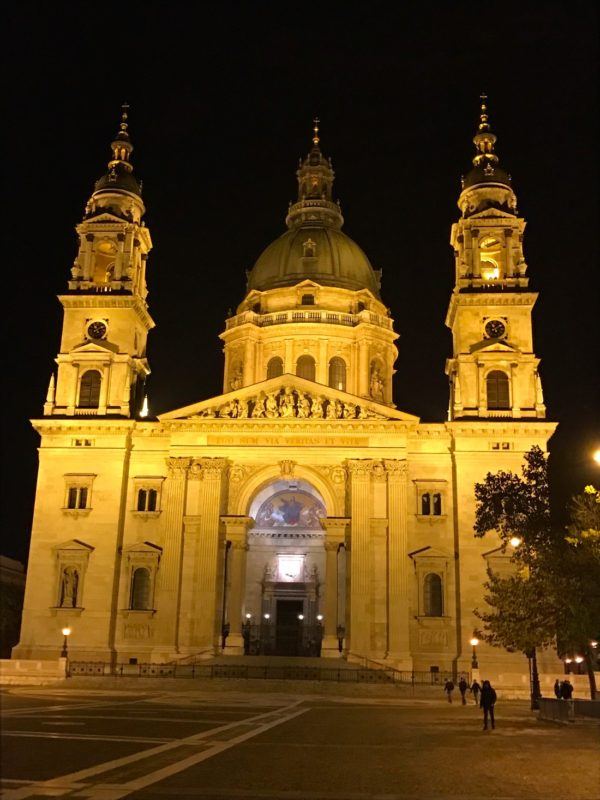 The views from the hotel at night are insane – the entire city is illuminated. The best way to see it is by boat, so try to get on a nighttime ride down the Danube.

We took one of the grand stair wells up to our room. They were so exquisite that we felt compelled to.Rooms are spacious and beyond luxurious. Ours had a vaulted ceiling, Spanish marble bathroom and magnificent city view of the Danube River. Furnished with stylish furniture that is upholstered in good taste, the rooms have an air of sophistication but are so comfortable and relaxing. To accent the decor, we had fresh flowers, coffee and tea facilities, warm robes and slippers and lavish linens that were a pleasure to lie in at the end of a busy day (with chocolate at turn down, of course!). The staff at Four Seasons hotels is always attentive, and it was no exception in Budapest. When we needed a sewing kit, it came. Extra tea bags? No problem.

We had breakfast in the exquisite KOLLÁZS Brasserie & Bar, full of Hungarian delicacies and delicious coffee. The cafe is chic with art nouveau light fixtures, art and dark wooden panels. The Hungarian word for “collage,” KOLLÁZS highlights creative combinations in all aspects of the fine dining experience. The freshly baked breads, classic cheeses, jams, fishes and typical breakfast fare were out of this world, to say the last.

We spent a whole morning in the Spa, which features seven treatment rooms, including a couples’ suite, a unisex sauna, separate steam rooms for men and women, an infinity-edge lap pool and a whirlpool. 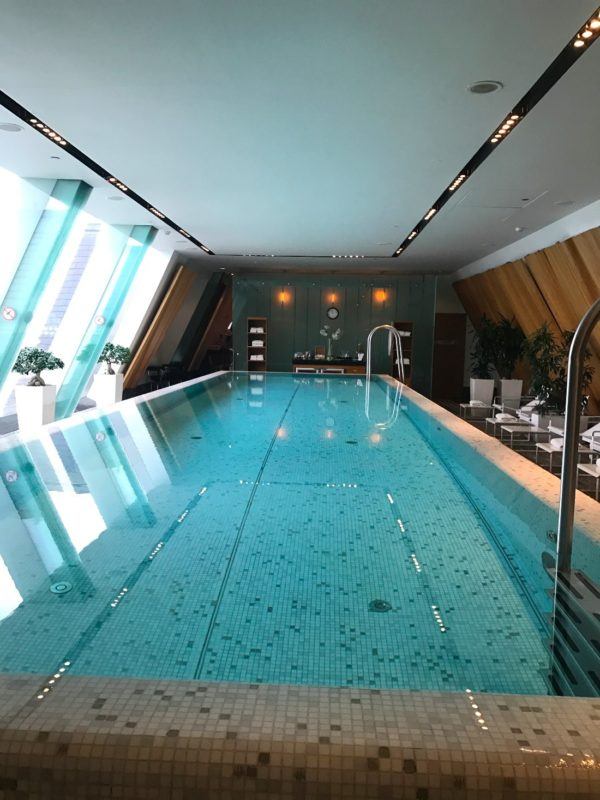 It was the ultimate way to spend a morning in Budapest, after which we would be re-energized to see the city on foot. For Families While I wasn’t at the Four Seasons Budapest with my family, I definitely want to return with my family, not just for the hotel’s location and staff, but to experience the hotel’s luxury and comfort. They’d love the spa’s infinity pool. The hotel greets kids with a box of goodies and they get bathrobes, slippers, freshly baked cookies and popcorn. They offer babysitting services, children’s menus in the onsite restaurants and complimentary games and toys. My kids would marvel at the hotel’s beauty. I actually feel guilty that I witnessed Four Seasons Budapest without them (well, maybe just a little bit!). 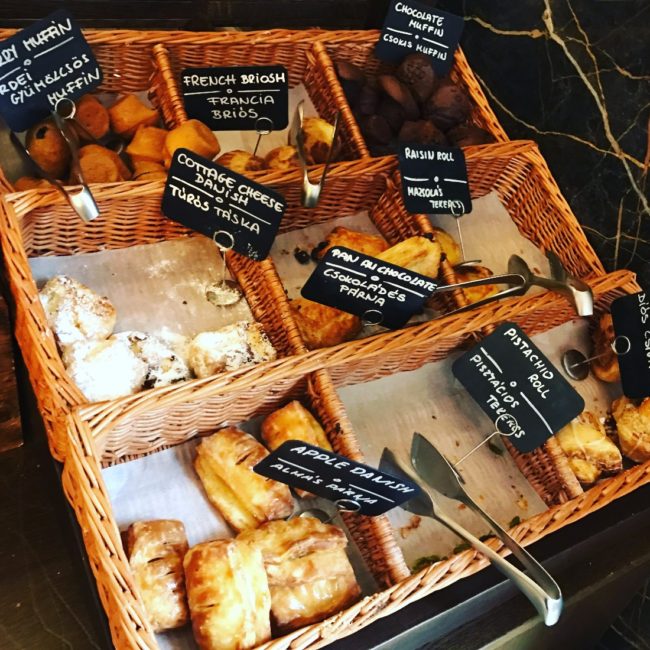 Disclosure: Holly received a complimentary stay at Four Seasons Budapest to facilitate this review and others, but all opinions are her own. Holly Rosen Fink is a writer and marketer living in Larchmont, New York. She blogs at TheCultureMom.com. Here is her bio:

Holly Rosen Fink is passionate about culture and travel. She’s the founder of The Culture Mom and has contributed to Findery, MiniTime, Ciao Bambino, Family Vacation Critic, Go Girlfriend, CBS.com, Savvy Source and has been featured on Huffington Post, Yahoo Travel, Parade and other travel websites. 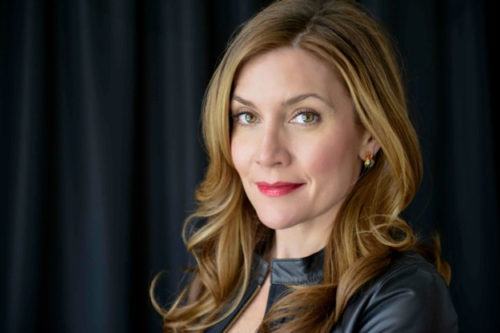