Big White Ski Resort – Worth the Flight to Canada – eh 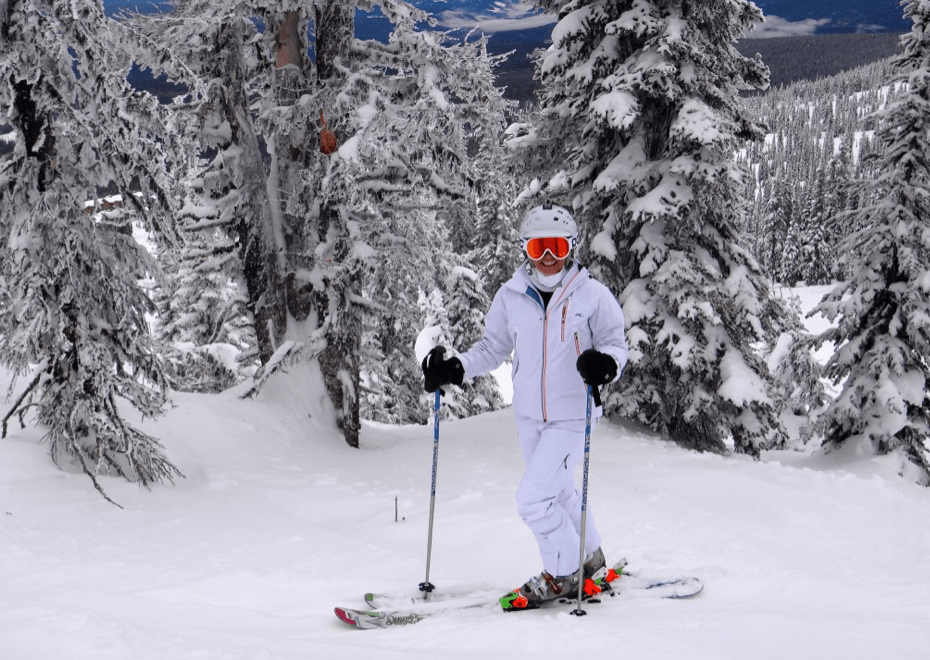 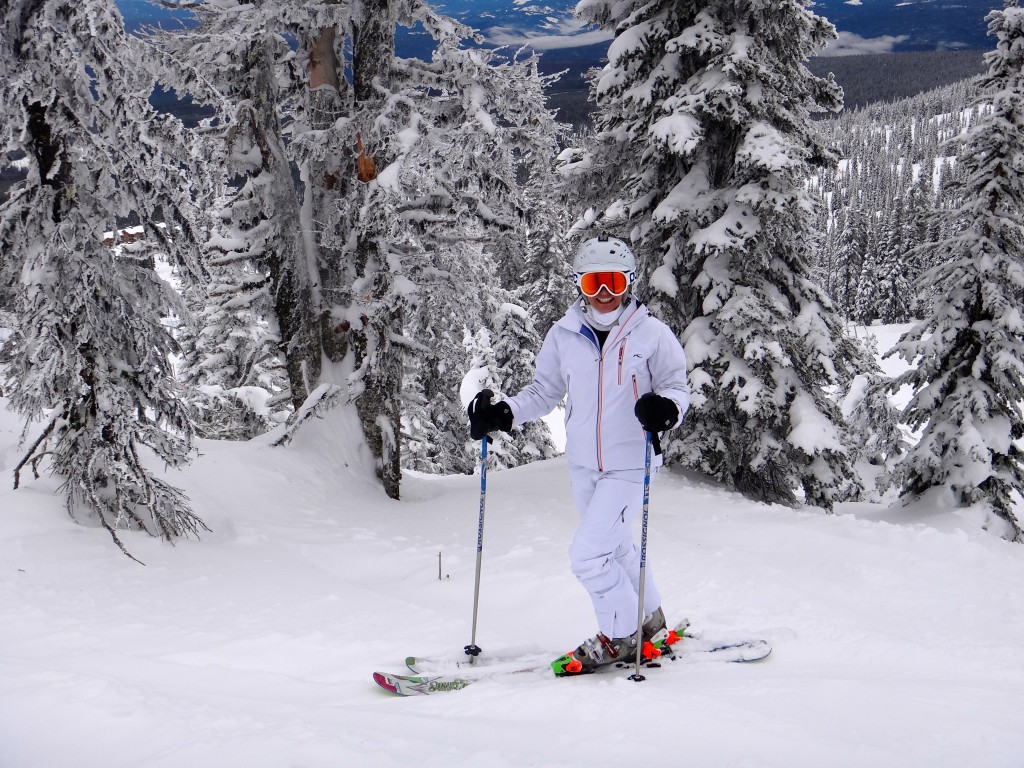 Had I known – I might have worn more color

I’ve skied a lot of mountains. I’ve been skiing since I could walk. I’ve never skied snow like this.

They call it “champagne powder”. Sadly that does not mean they hide bottles of Veuve in the moguls. Instead it means that skiing the bumps is more like plowing through piles of dandelion fluff. Even knee deep in this magical powder it simply floats off your skis making you look like the star of a Warren Miller flick.

Top 5 Reasons Big White Ski Resort is worth the flight to Canada  (no offense Canada, but we have some awesome ski mountains right here) 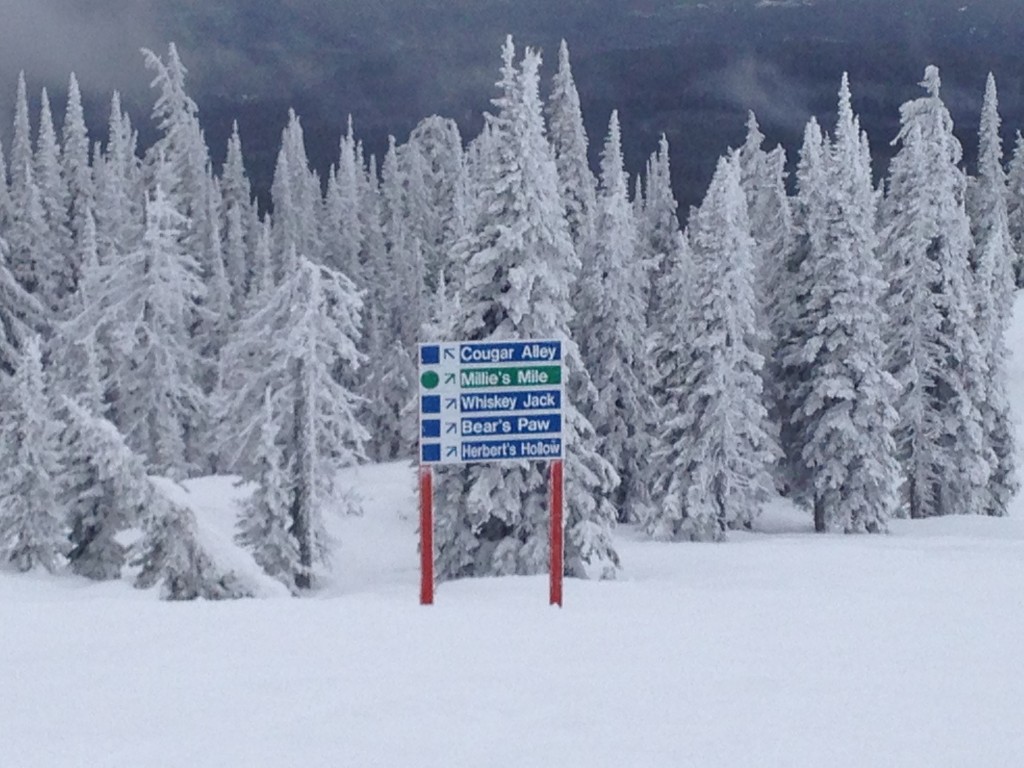 Which joker named it “Cougar Alley”? Those Canadians…

1. The Snow. I asked about snow making, the guide told me that they do in fact have a snow gun, it’s just not hooked up to water. The only snowmaker at Big White is God himself.

2. The entire resort is ski-in/ski out. They don’t even have a ski valet. You really can ski to the front of every condo on the mountain. And the bars. They were recently voted on of the “Top 5 Family Resorts in the World”.

3. The food. You wouldn’t think you’d find gourmet food in the Canadian interior. I didn’t anyway. Every restaurant serves up organic fare and amazing chef creations. The little hillside diner where you’d expect to find sliders and onion rings offers a surprising menu including dates in goat cheese and almond milk chai lattes. Even their cocktails are original – witness the gun barrel coffee. 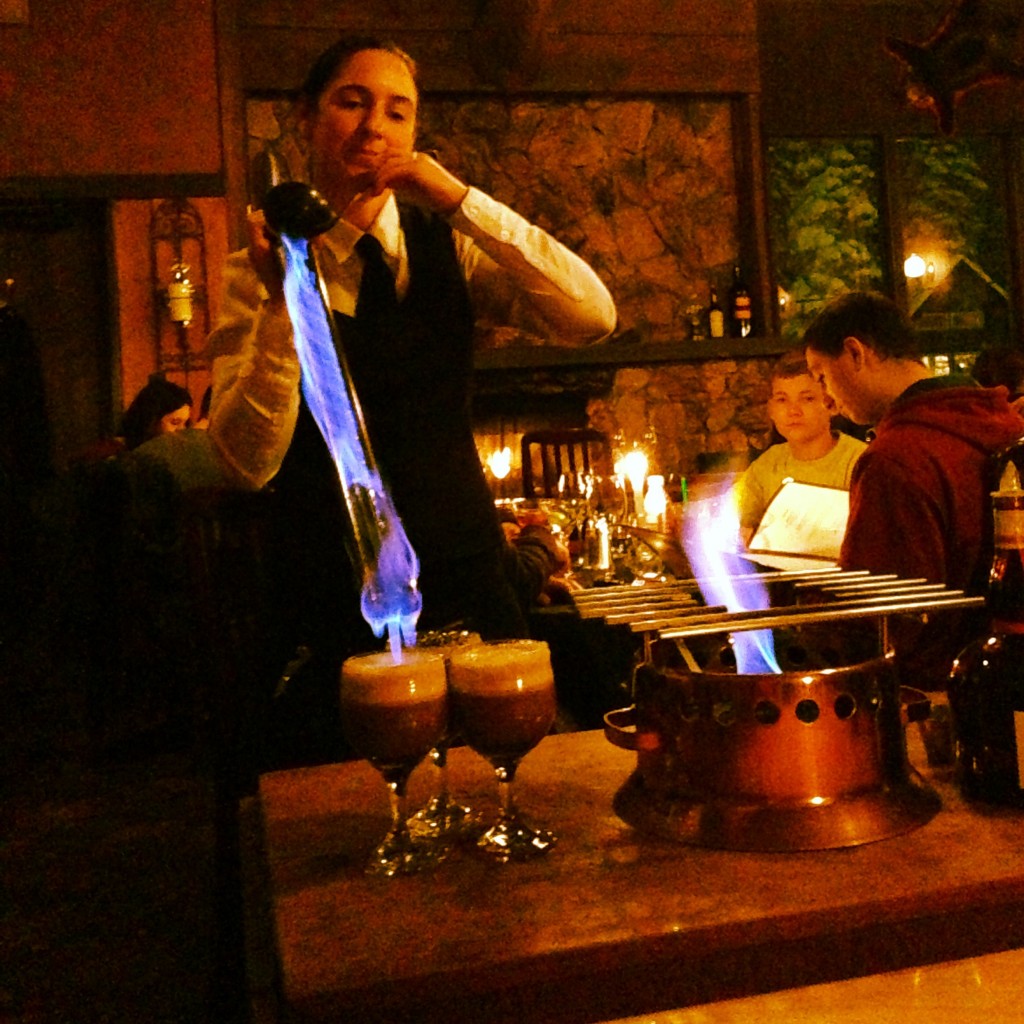 Don’t try this at home

4. The mountain adventures. From the resort you can snowmobile, dogsled or ice climb. You simply call one reservation number to book everything from your room to lift tickets to wild adventures. I like easy, what traveling mom doesn’t? I didn’t try the other adventures but did scale the 69 foot ice tower. Having never ice climbed in my life I surprised myself, and several onlookers, but making it to the top to ring the bell. Now that is high on life. 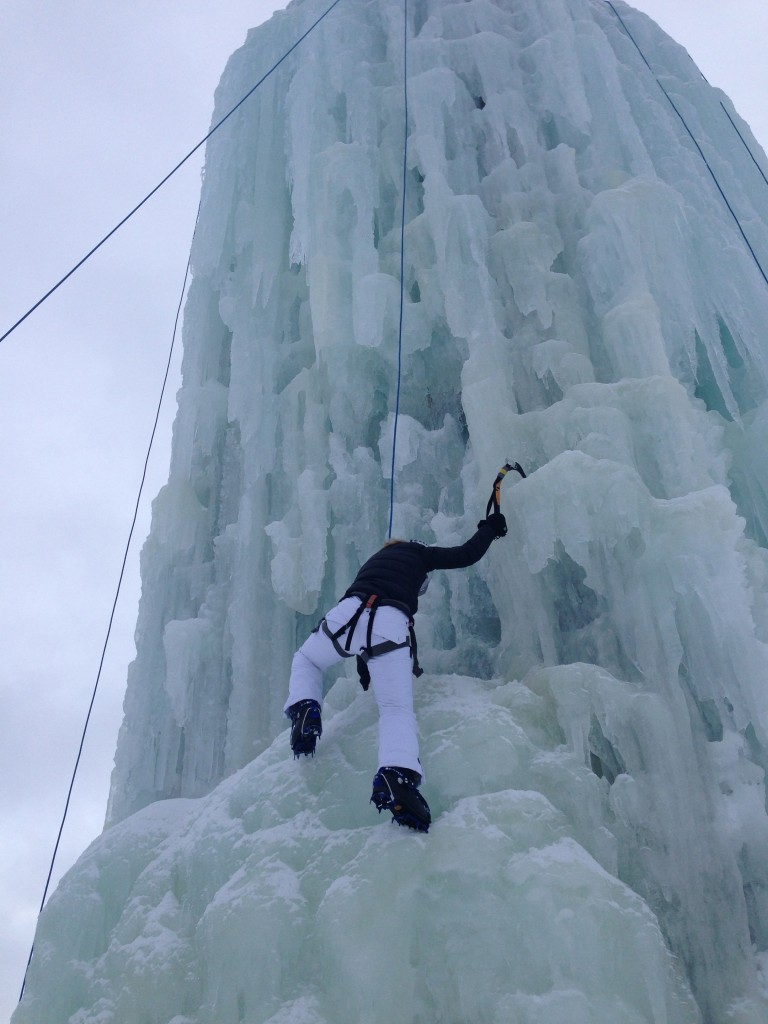 Not a stunt double

5. It’s easier to get to than you think. United is now offering direct flights from LA to complement their Seattle, Phoenix, and Las Vegas routes. My Air Canada flight through Vancouver was super affordable, the quick hop to Kelowna and drive up the mountain was more than worth it. 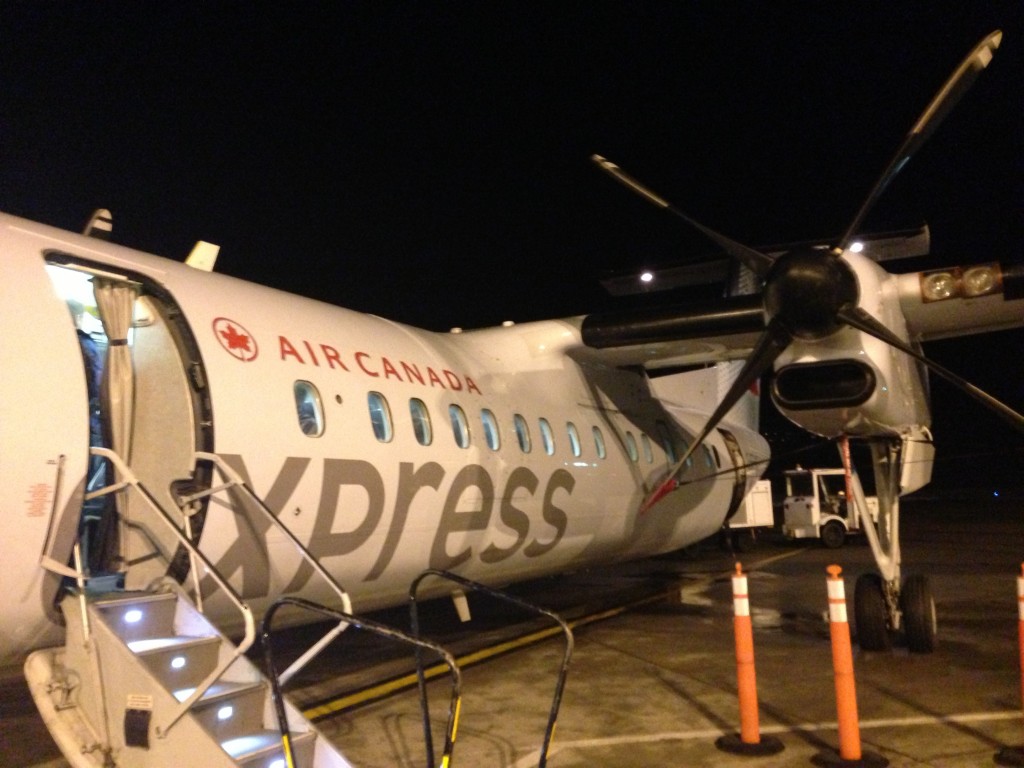 A short 40 minute flight from Vancouver

6. No lines. I know I said five reasons, but then I remembered that there weren’t lines anywhere. Not for food, not for lifts, anywhere. I was told the longest lift line they saw on their busiest day was 10 minutes.

I was the guest of Big White as part of media trip. The tourism board provided flight support. I was forced to ski Gangam Style by Kimberley Blaine. I really did climb the ice tower, if I had paid the $20 it would be the best Andrew Jackson every spent. I was hosted at the amazing ski-in/ski-out luxury condos at Stonebridge Lodge.