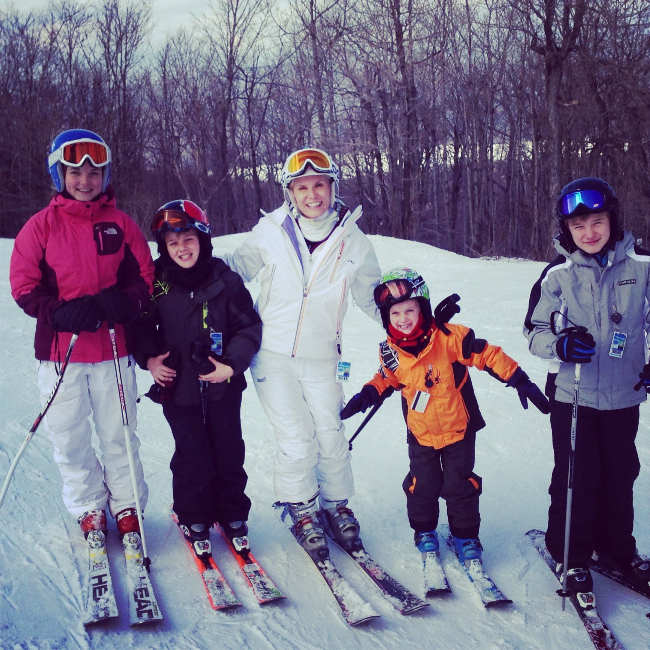 Why would anyone choose this as their family sport? You practically burn hundred dollar bills for warmth it’s so expensive. Except for mom. By the time mom gets little people’s toes jammed into ski boots, finds everyone’s gloves, loads all the skis, gets herself dressed, finds her skis and gets everyone to the mountain. She’s covered in sweat. So very sweaty.

Yet every weekend parents everywhere undertake the thankless task of hauling little skiers to the slopes. They pay for tickets, and lessons, and another set of gloves because there’s always one lonely glove missing its friend.

If it’s so hard, and so expensive, why do we do it?

Because there is no thrill like the sense of flying, when gravity becomes your friend and you race against nothing but time. The rush of cold air on your cheeks, the exhilaration as all else fades away but you and the mountain. To ski well is to soar with the gods. To ski with your children, well not so much. But when your formerly sullen teenager shouts “mom, watch me take this jump”, and your cranky spouse suddenly looks dashing and sporty in his Helly Hensen, the family ski trip suddenly becomes worth it. 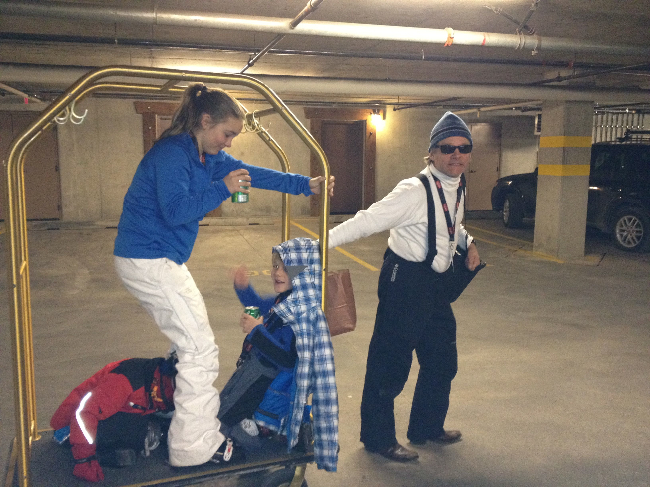 Skiing is one of the few sports you can learn when you’re 2 and still be doing when you’re 92. It is the sport that binds. You might all pick your own path down the mountain, but you’re all headed in the same direction. Dinner table conversation is about who had the yard sale that day (and we don’t mean selling old toasters) and who finally mastered moguls. You all speak the same language. Except for snowboarders-who the hell knows what they are saying. 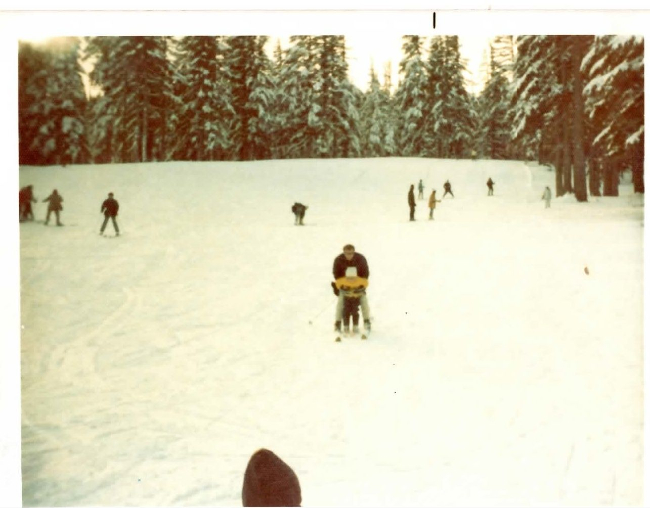 I learned to ski when I was small enough that stopping simply meant falling over, and it didn’t hurt. My dad was an Olympic skier. He was a tough teacher. You had to “earn the mountain.” This meant you hiked it, sideways, in skis. To this day there is no nasty mess I get in to that I can’t hike out of. We weren’t allowed to even use the tow rope, let alone the magical chair lift. My poles were his legs. I loved skiing between his legs. We could go so fast.

I grew up on the west coast where going skiing meant driving an hour to the mountain. We had our children on the east coast. Where we don’t so much ski as skate the sideways ice hills they refer to as mountains here. But I was determined, we would be a ski family. I didn’t want our weekends spent with one parent driving a child to a sport in one state while the other parent went in a different direction. As God was my witness, these people (my midwestern flat lander husband among them) would be skiers. And they would like it. 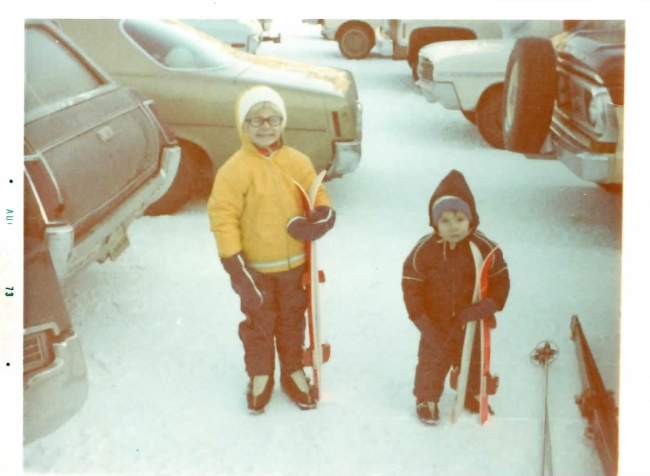 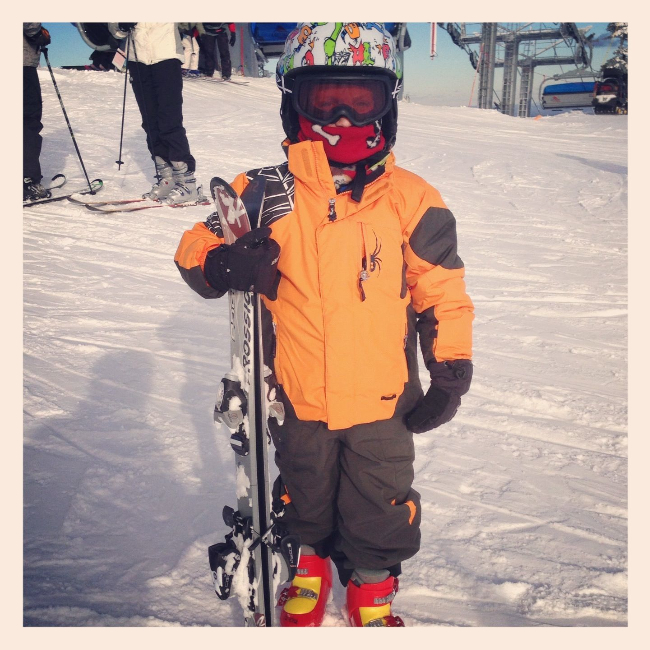 The beauty of skiing is that no matter how much it changes, it’s always the same. The boots are better, we wear helmets now,  Sonny Bono could have used one of those. But the sport is mostly unchanged since the first crazy Norwegian decided to slide down an icy hill with wood sticks strapped to his feet.

This sport has taught my children so much:

They are tougher than they think. They can carry their own gear, snap their own boots and get themselves to the mountain. 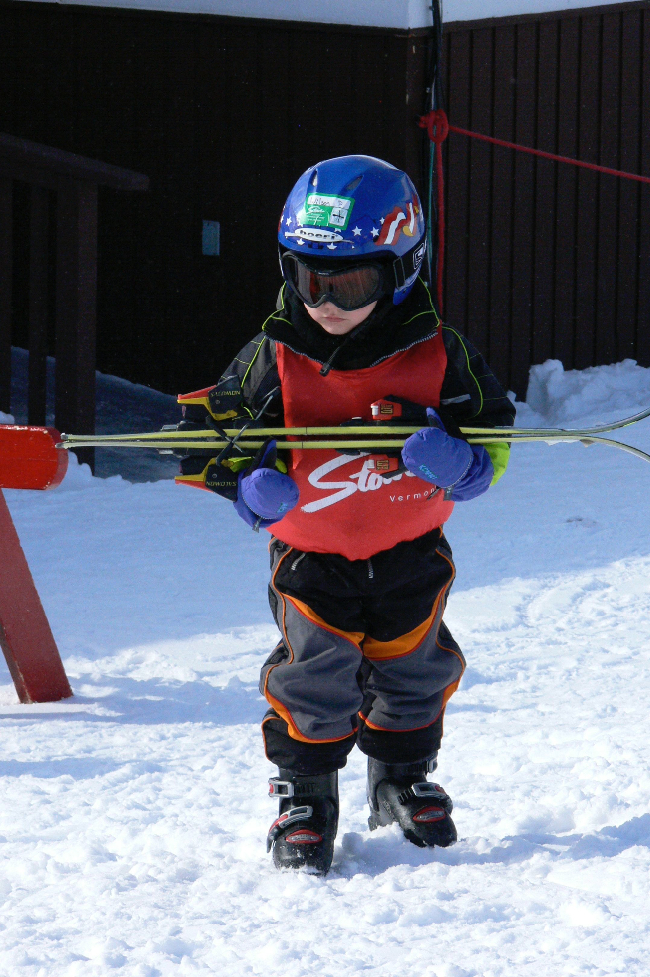 They can get themselves out of a jam, they don’t need anyone else to pick them up and dust them off, they can do that themselves. 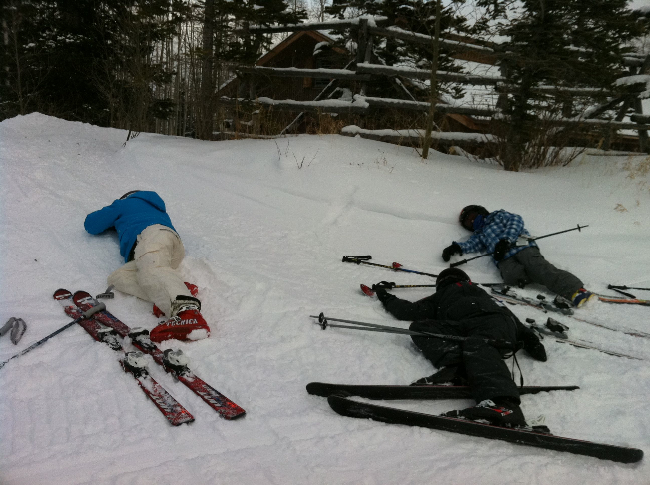 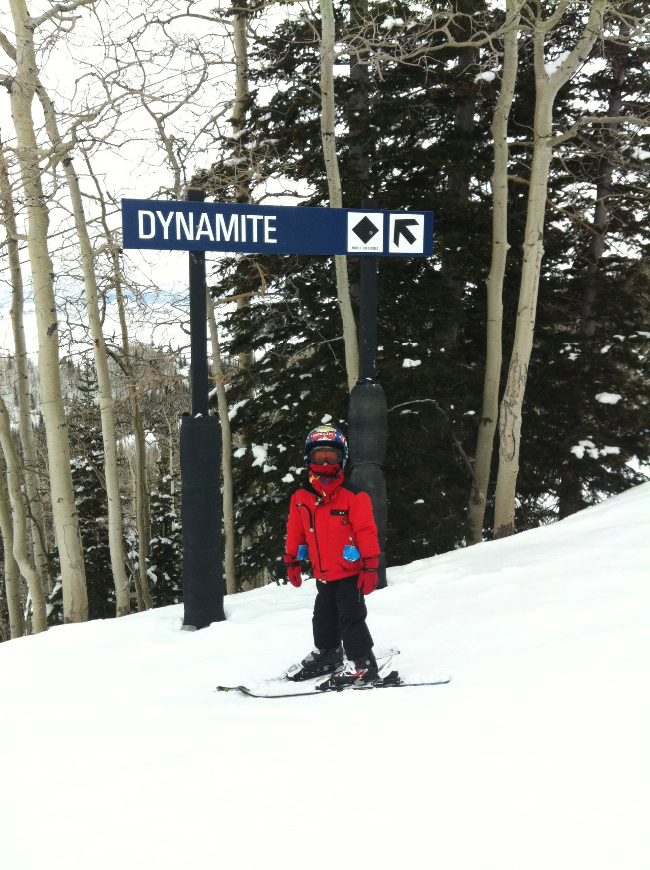 Their mom is tougher than they thought she was. 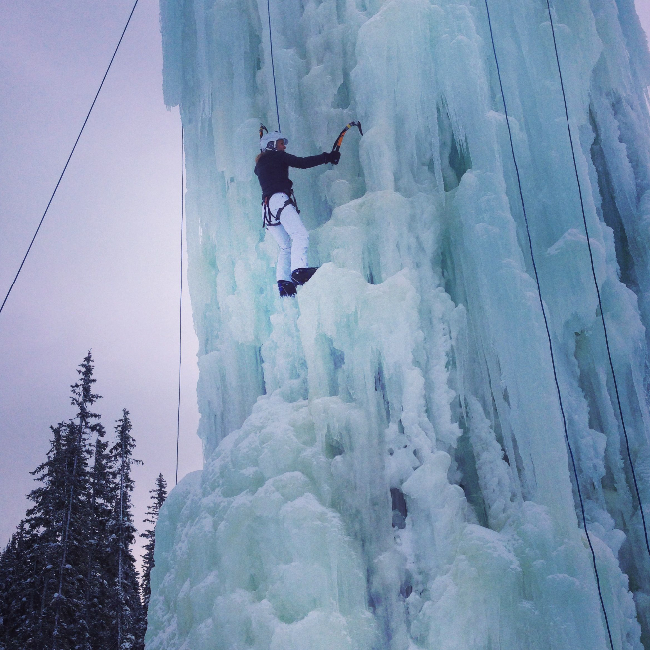 This is our 12th season skiing as a family. Some years are better than others. Some years the drives are snowy and hard. Some years there are private planes to Beaver Creek. But the mountain is always the same. This is where we are making our family memories, these are the stories our children will tell their children. And they’d damn well better mention that Grandma climbed an ice tower.

I was lucky enough to spend a day skiing with Olympian Jonny Moseley. The most exciting and terrifying day of my life. There was no way I was going to admit that I had never been cornice jumping before. Now I can say that I have, and I survived. I sat him down and asked him what skiing meant to his family growing up.